Yesterday was a really good day.
I took a trip up the Caley to Glasgow to meet my long time friend and modelling mentor, Dave Franks.
(Obi Wan to the Culreoch gang!)
I paid a visit to the ScRSG’s lair in a secret location in Glasgow’s East End.
Perhaps not as secret as Johann Lamont’s bunker but the lads prefer not to trumpet their whereabouts and I’m happy to oblige!
This is the home of the fabulous and well-known ‘Alloa’ layout and I was made to feel very welcome and at home by the guys. 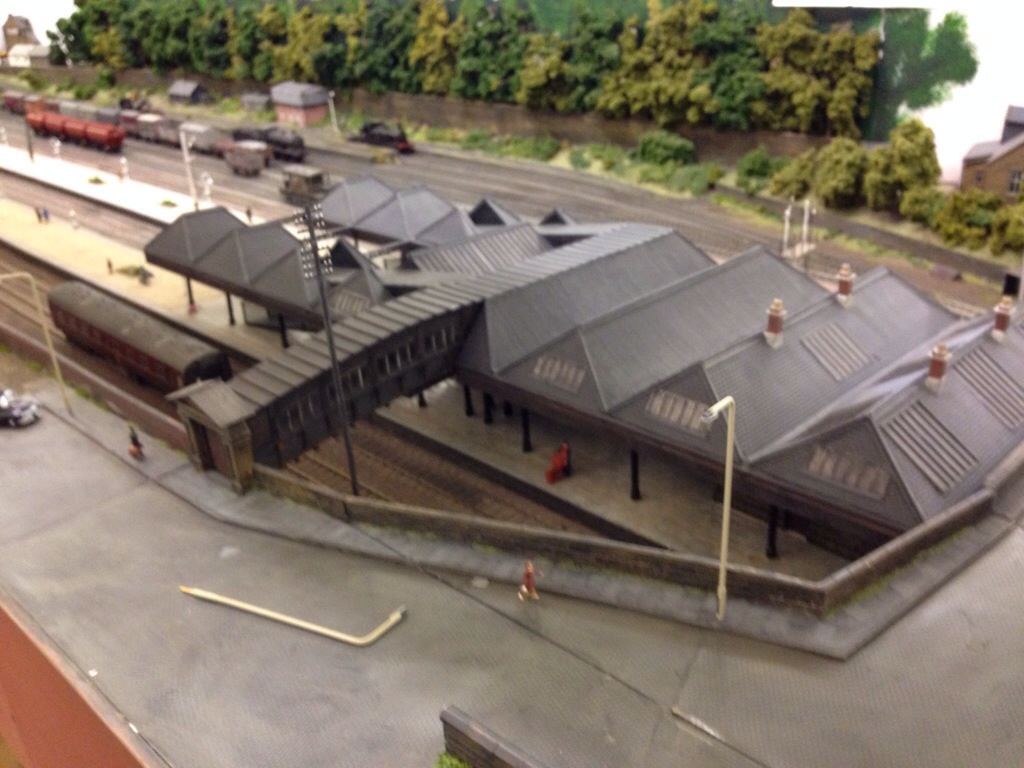 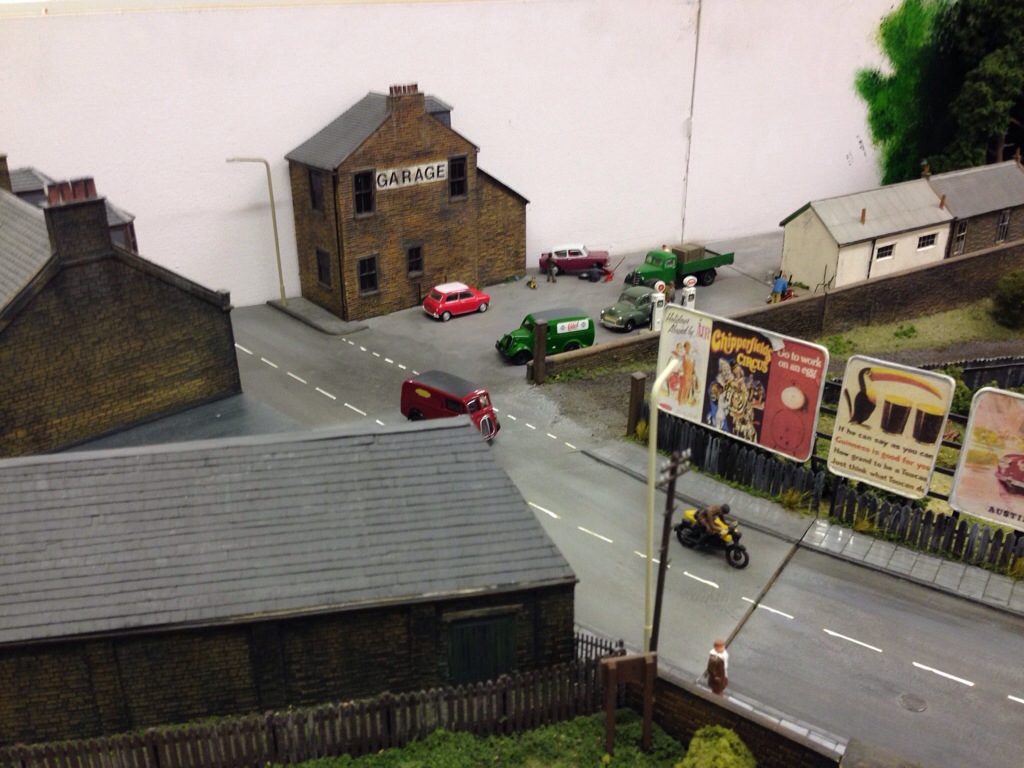 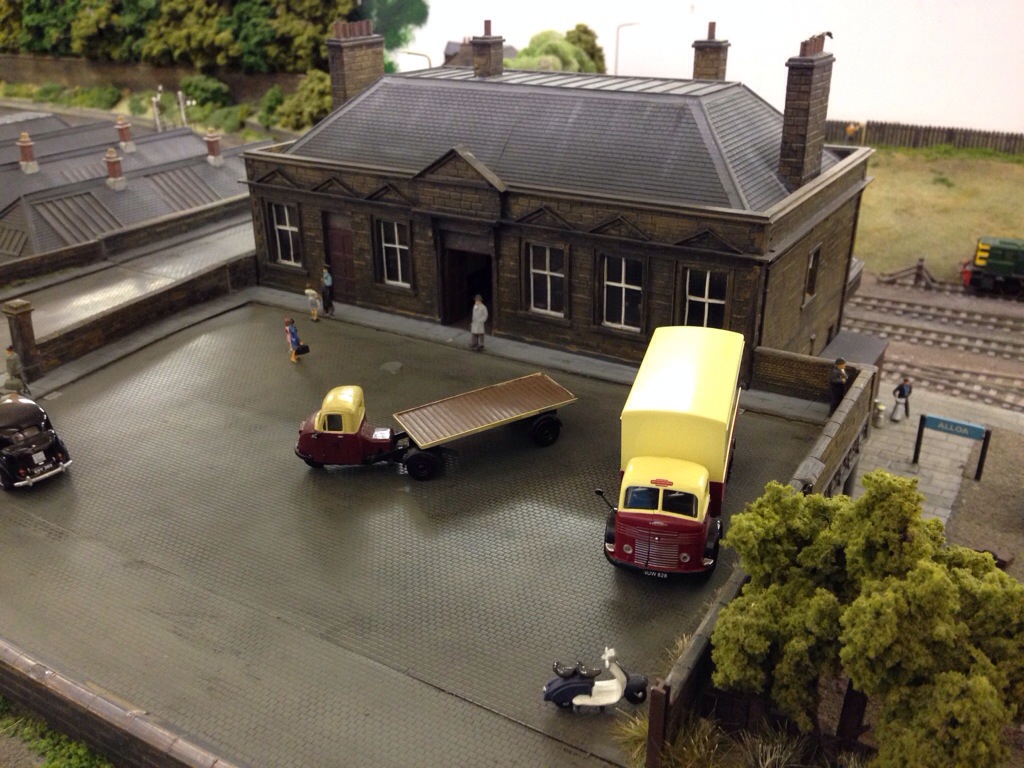 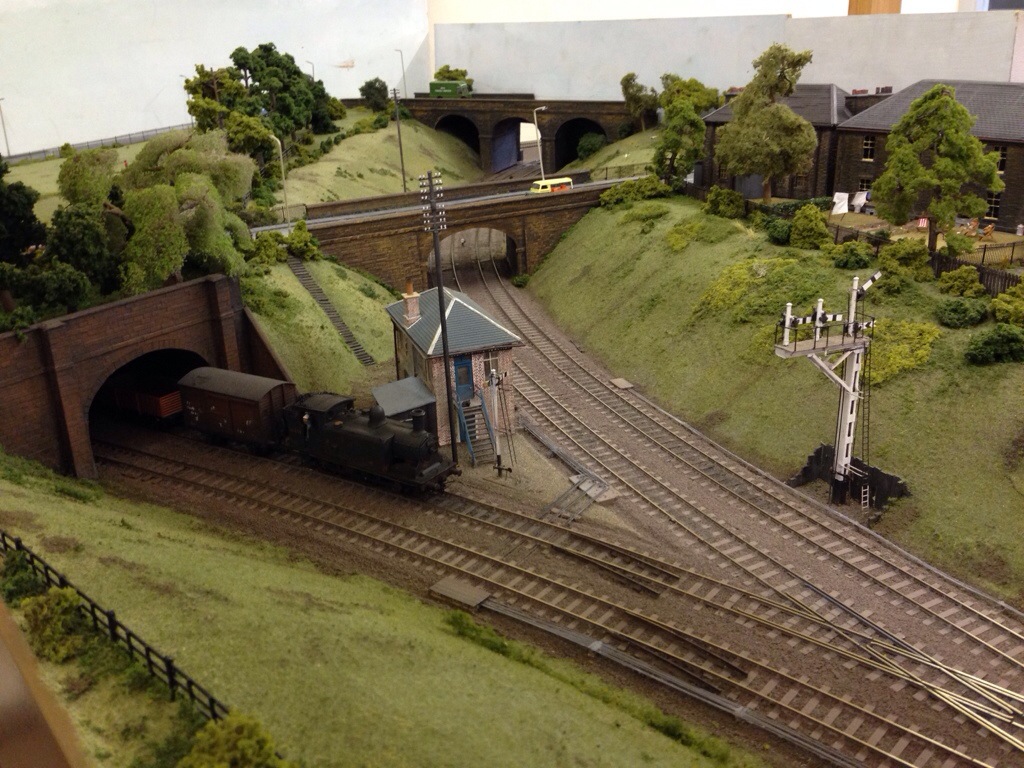 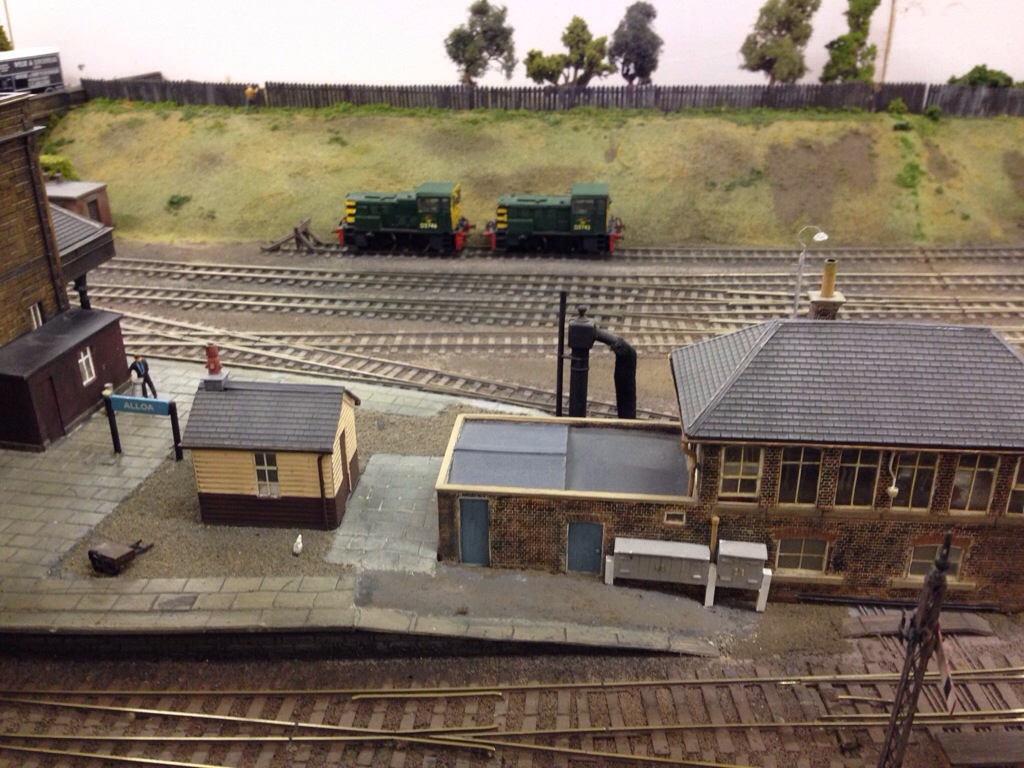 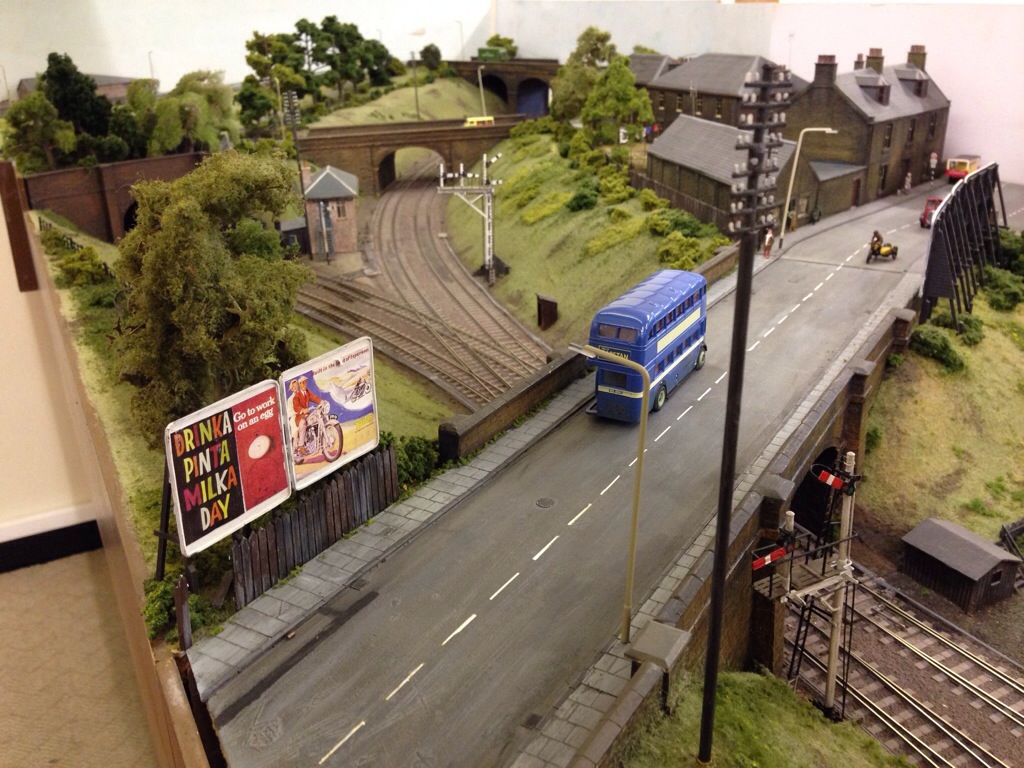 Alloa really does convey the air of a Central Belt town in the post war era and even though the railway vanished through the 1970s and ’80s, most towns like this looked otherwise similar well into the 1980s.
The group have researched the prototype well and it shows.
Alloa won’t be out on the road much longer so see it while you can!
The other part of my visit was to see Dave’s new layout, Wharfeside, based on a location in Wharfedale, as the name suggests. The premise is that the route provides another way from Leeds to Skipton, should there be operational problems on the main line northwards. One full circuit of the main line has been completed so far allowing continuous running for test purposes. More on that later.
One thing that really stands out to an infrastructure volunteer worker is the quality of the trackwork.
Naturally, that in the staging area is more basic and functional out of necessity but out on the visible area, the track is superb and even has a degree of cant on the curves!
This is something less apparent to the viewer who hasn’t spent a degree of time around the real railway but it caught mine. 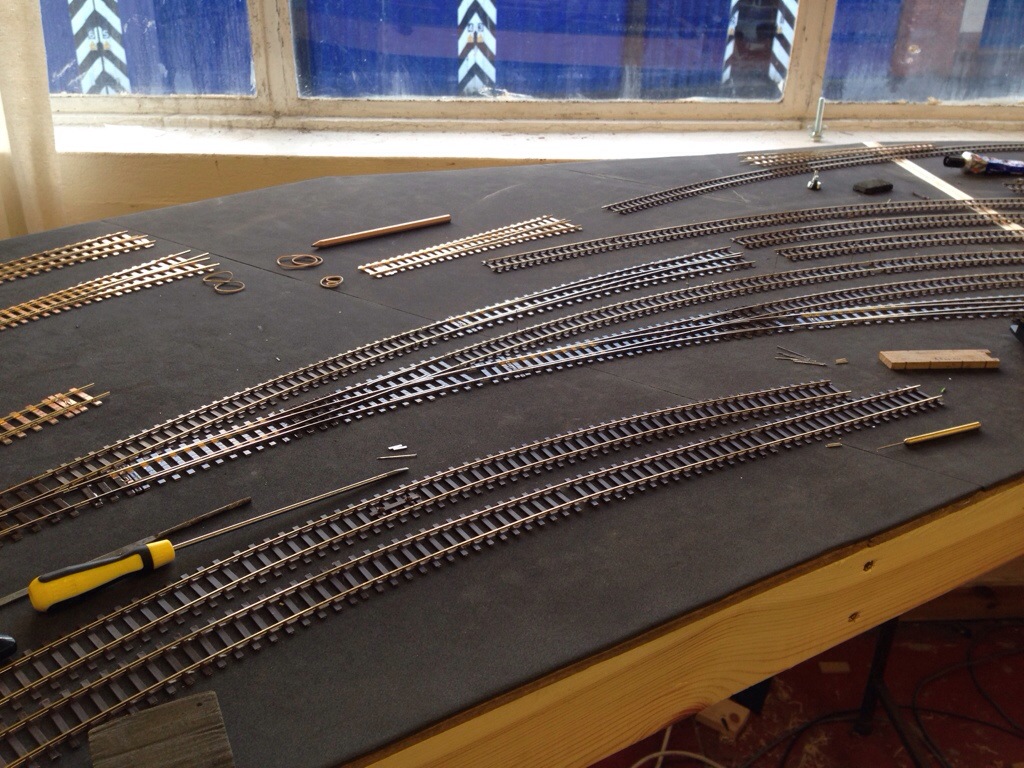 Dave was also kind enough to allow me use of the continuous run for the testing of my recently converted Black Five and the now complete Jumbo.

Some sustained testing soon showed a couple of issues with the five that warrant further work of a more in depth nature but this is not a disappointment. I was aware that this was going to be a process of trial and error.
Next up was the Jumbo…

It gives me much joy to report that after a short period of light engine running and fine adjustment, 57375 settled down beautifully and her performance massively exceeded expectations. She demonstrates a massive abundance of haulage power; far in excess of what would be required for a locomotive classified 2F and in fact hauled first twenty five wagons and then fifty for about ninety minutes without any adverse indication!
It really is a vindication of all the largesse of effort and material that went into the creation of 57375.
I am exceptionally proud of this little engine today. 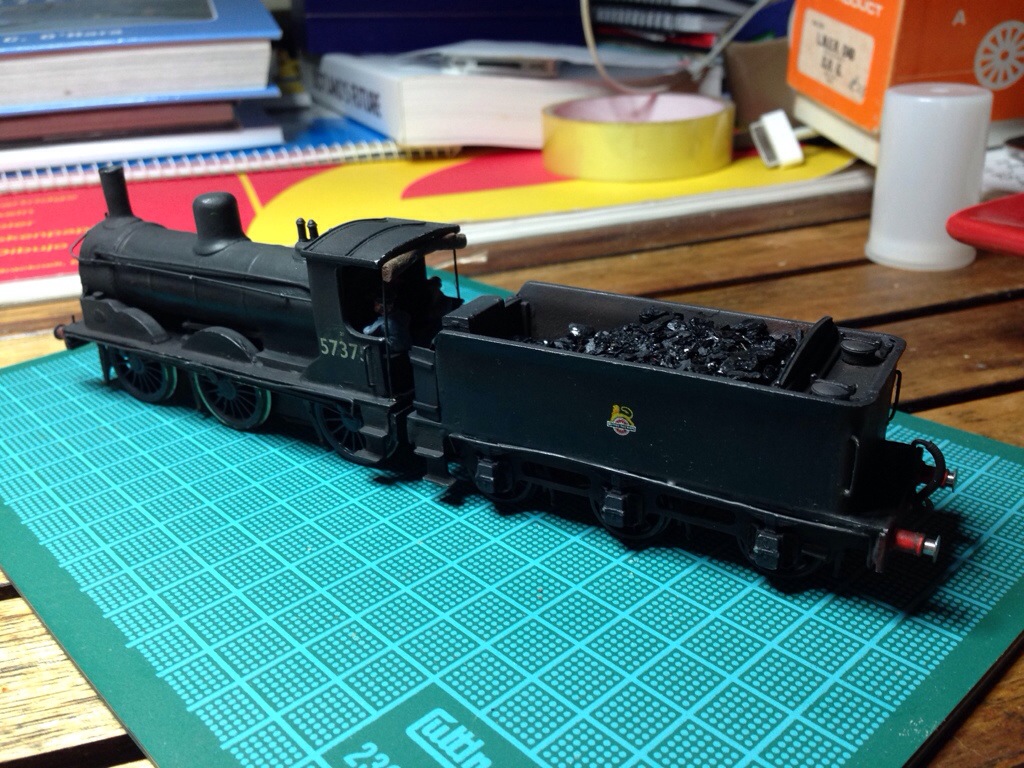 12 thoughts on “A Sort of Homecoming.”

Leave a Reply to Black and Decker Boy Cancel reply