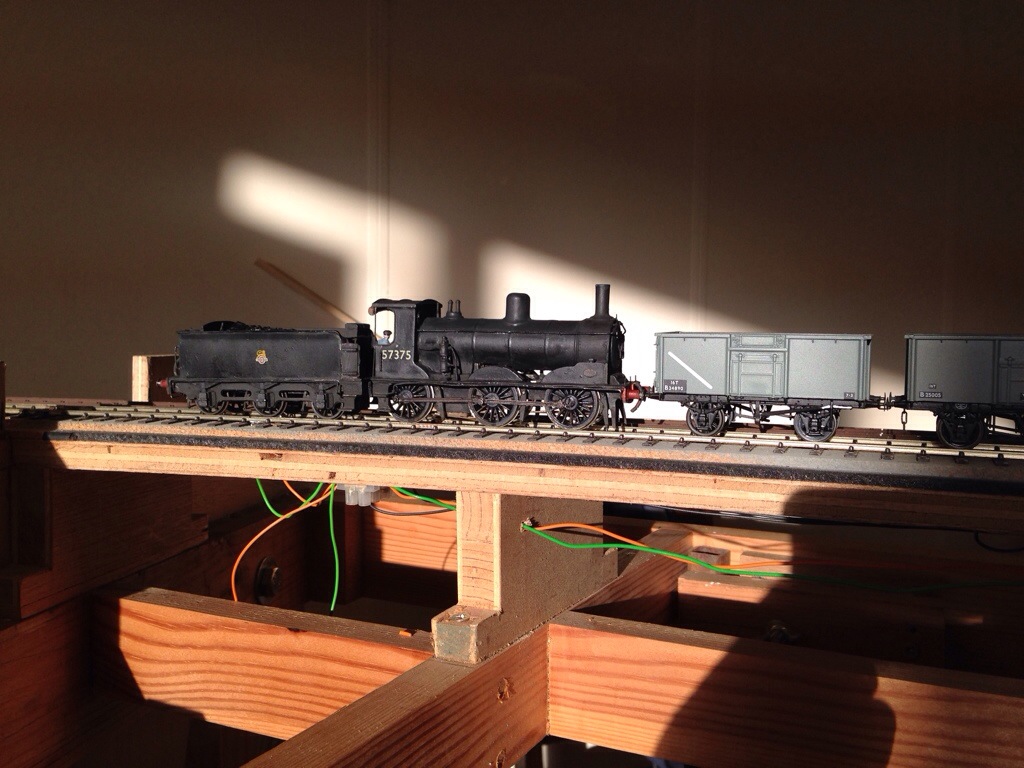 Regular followers of my blog will know of the struggle involved in creating my model of 57375.
As one of the staples of the Scottish Railway scenes from the 1890s to the early 1960s, the lack of a modern kit for this class can be seen as a significant gap in the market in 4mm at least.
Following some discussions on the Modellers United forum, an experienced etcher and kit producer has tentatively put forward the idea of producing an etched kit for the Jumbo.
To be viable, it is anticipated that a run of 20-30 would be required with lost wax or white metal castings included.
I guess it’s a reversal of Field of Dreams whereby if you come, they will build it but if you would like to see a 21st Century etched kit of one of Scotlands’s great wee engines then please express your interest here in order that I can pass the numbers on.
I reckon we have about ten definites already but the more we have, the more likely this will go ahead!

7 thoughts on “An easier route to a Jumbo?”