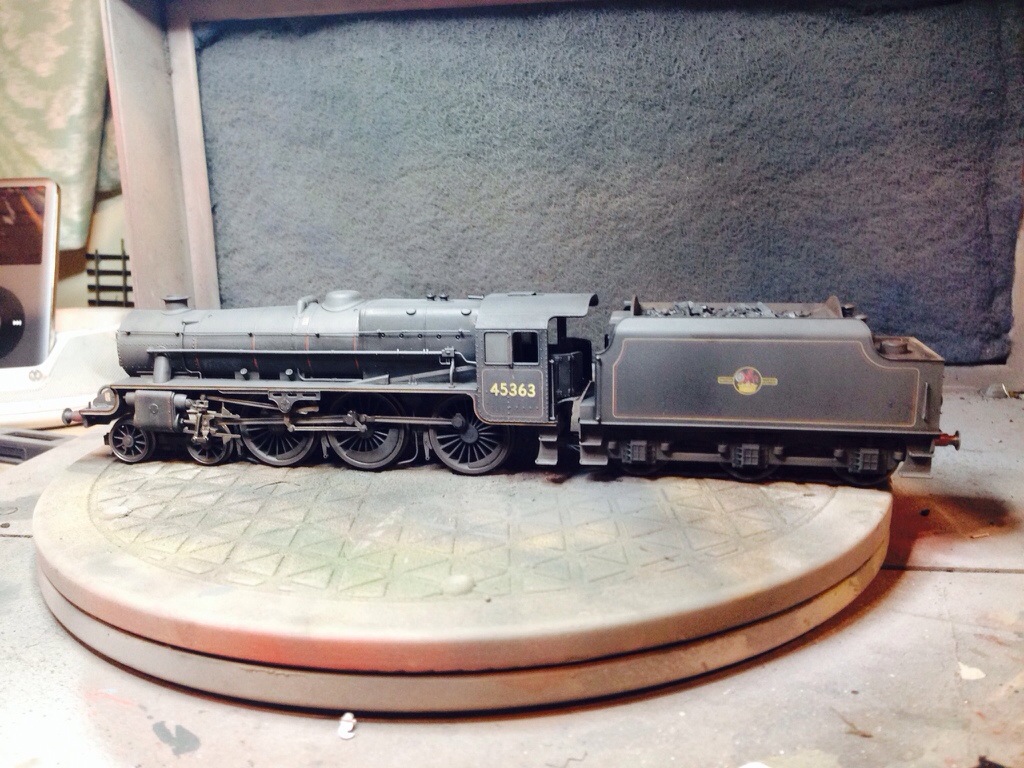 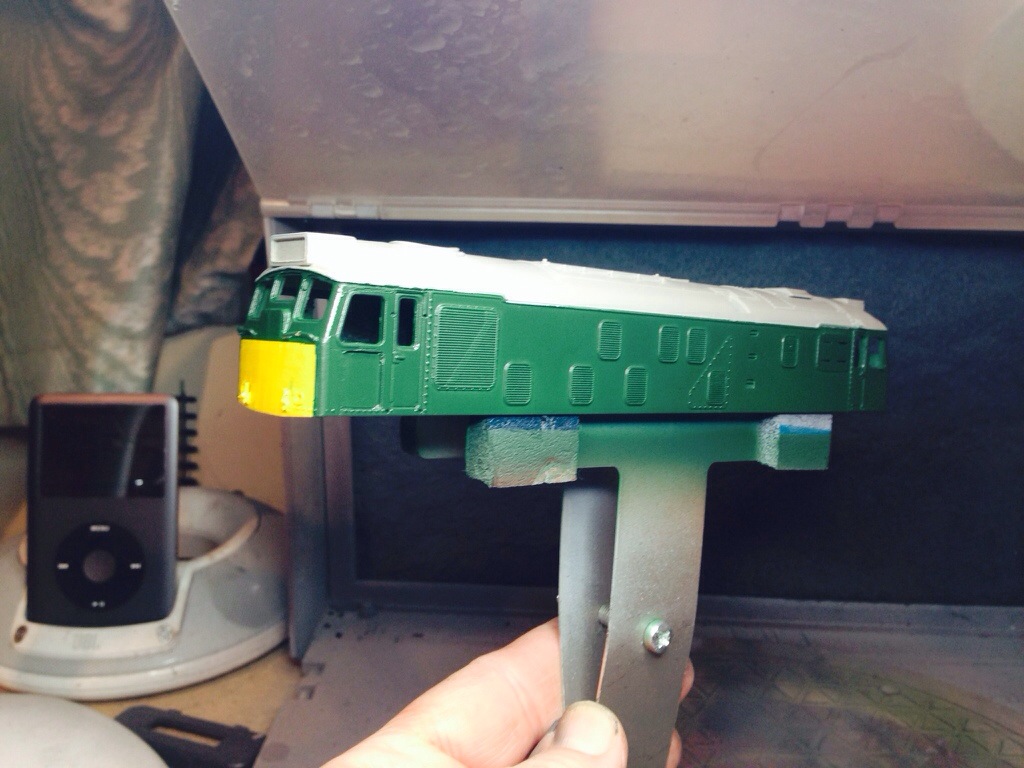 Last night’s work involved a couple of jobs I’m doing for friends.
Two Hornby Black Fives are being finished in mid-1960s run down condition. Both were Carlisle-based machines; 45363 had attention at Cowlairs works in 1965, resulting in her unusual for this period (south of the border) lined finish though in late 1965 it is already vanishing under layers of uncleaned grime.
45455 is more typical of London Midland Region condition for the period though. From late 1963, lining out of engines overhauled at Crewe ceased and plain black locomotives became the norm thereafter.
Only at Cowlairs and Inverurie did such practices continue.

The Diesel is a Class 24/1 with headcode box and tablet catcher recess. It was converted from a Bachmann plain-roof ‘skinhead’ Class 24/1 with Brassmasters resin roof ends and diesel etches. This week it has received it’s paint and layers of Klear to prepare it for decalling.
The intention is to use it as D5128 as operating out of Inverness in 1968.
This model again is for a friend and since He’s been waiting a good while now, so I’ve put this to the front of the cue for finishing!
I’m going to have to clear all these wee jobs to free up space for other customers and personal projects!>

3 thoughts on “DeathSteam and a slow cooker…”