Having had a couple of days off I’ve been tinkering in the workshop, mainly on the wagons. There’s a bit of a story behind some of them but I’ll spare the details to protect my friend’s dignity although I suspect his ears were burning a bit on Wednesday evening!😆
Still, no long-term harm done and the wagons have now progressed to the painting stage; main colour for now, detailed work to follow. The 6 ton fish van is in crimson livery and stands alongside the Vanwide for comparison. Both started from a base of Halfords red primer and I think the fish van is still a bit too brown. Crimson is actually a very translucent colour and probably needed a darker undercoat.
The 12 ton fish van is in 1964 Ice Blue livery. I rather like this colour and it fits nicely into my 1965 layout period. 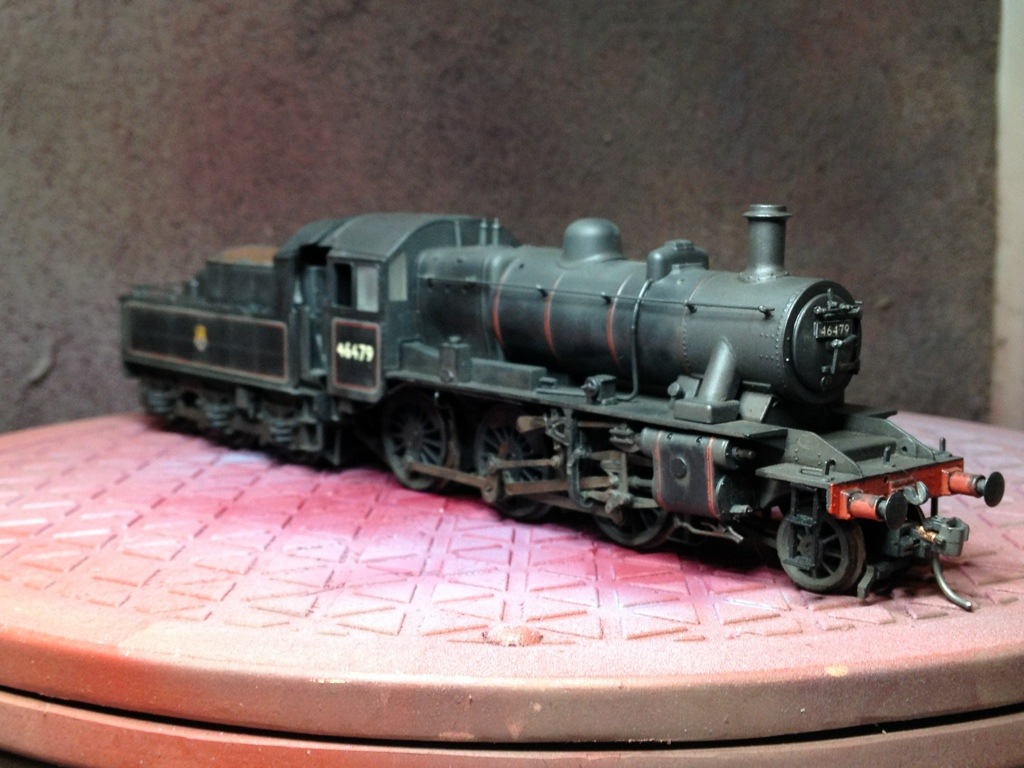 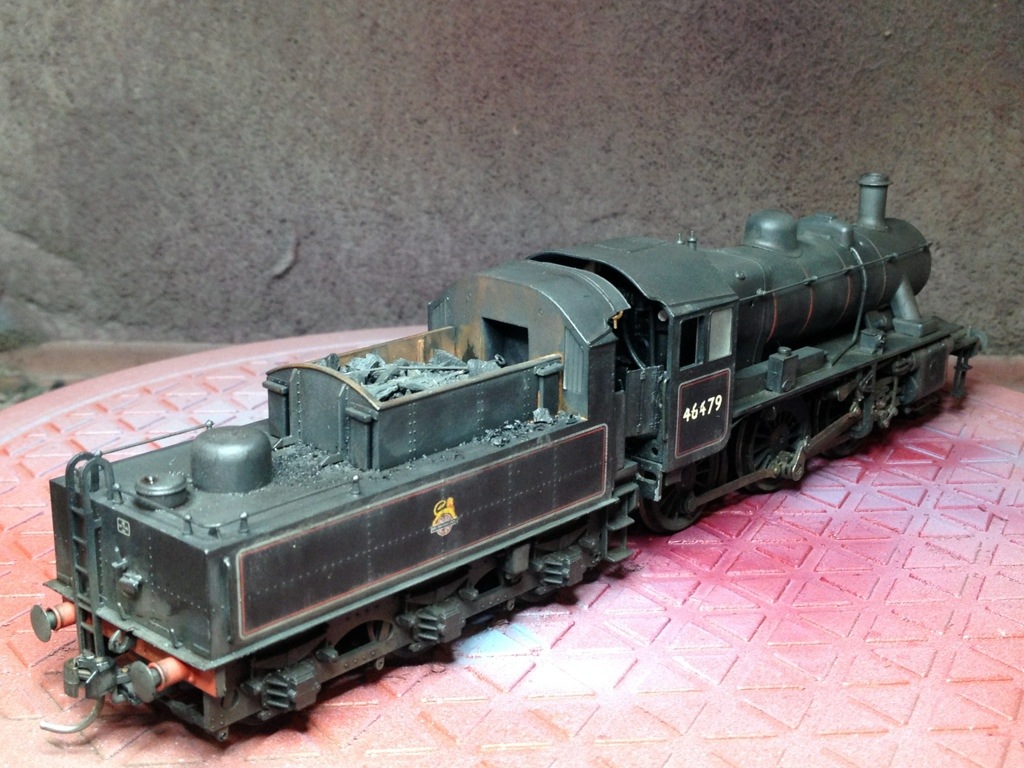 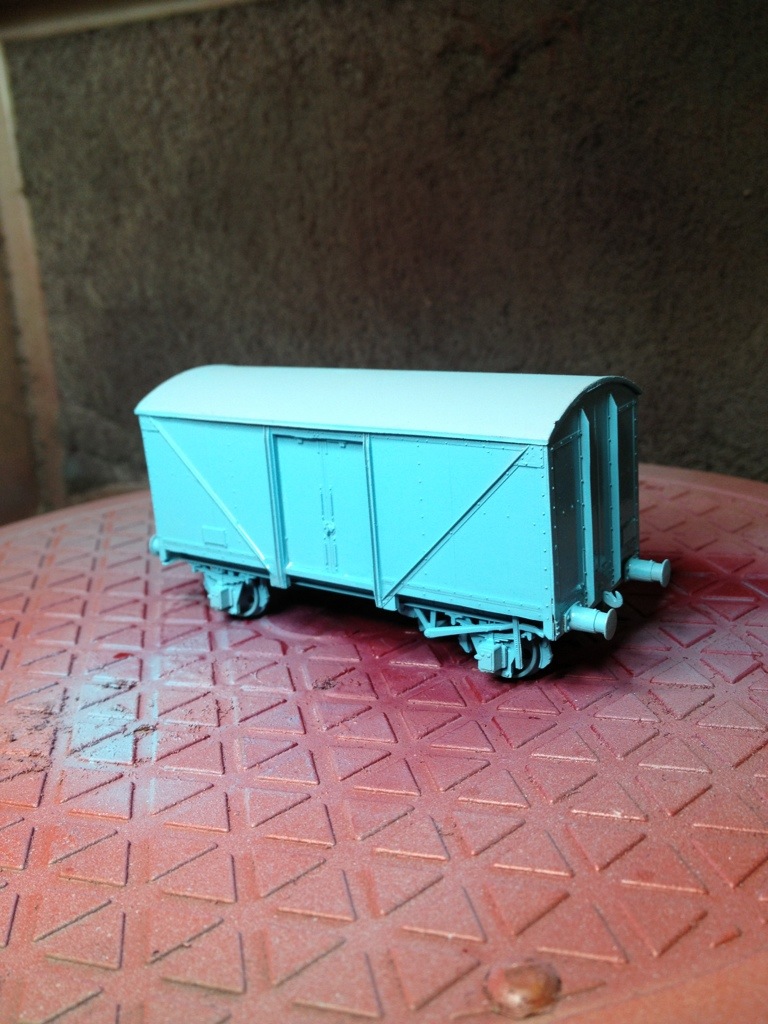 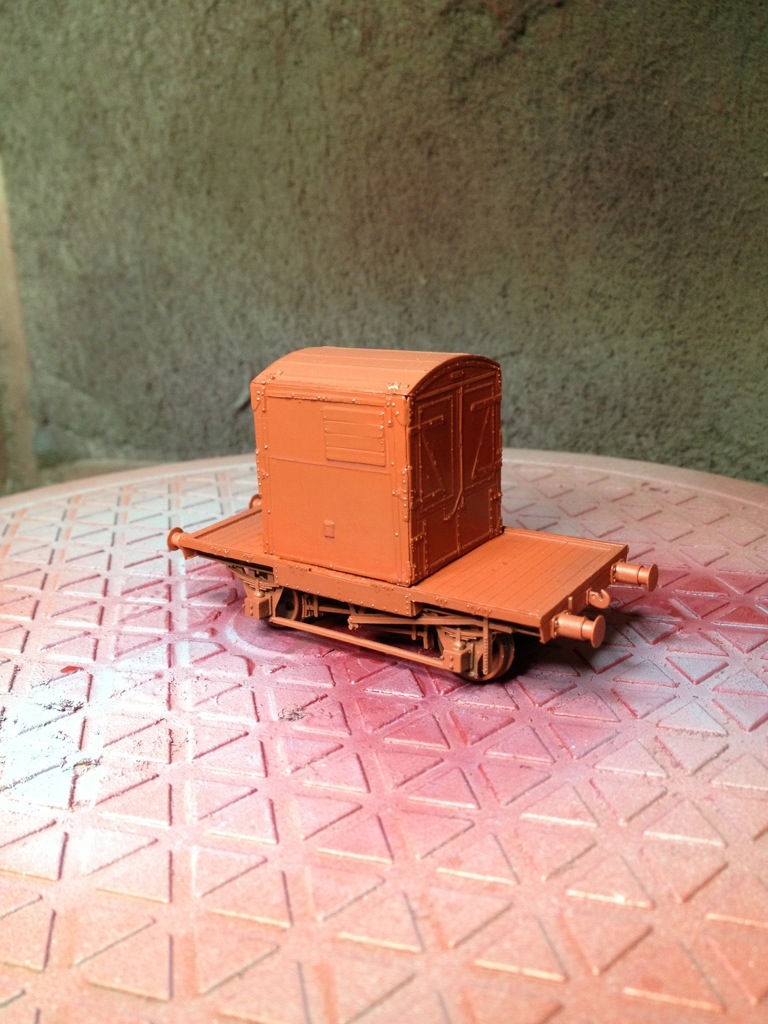 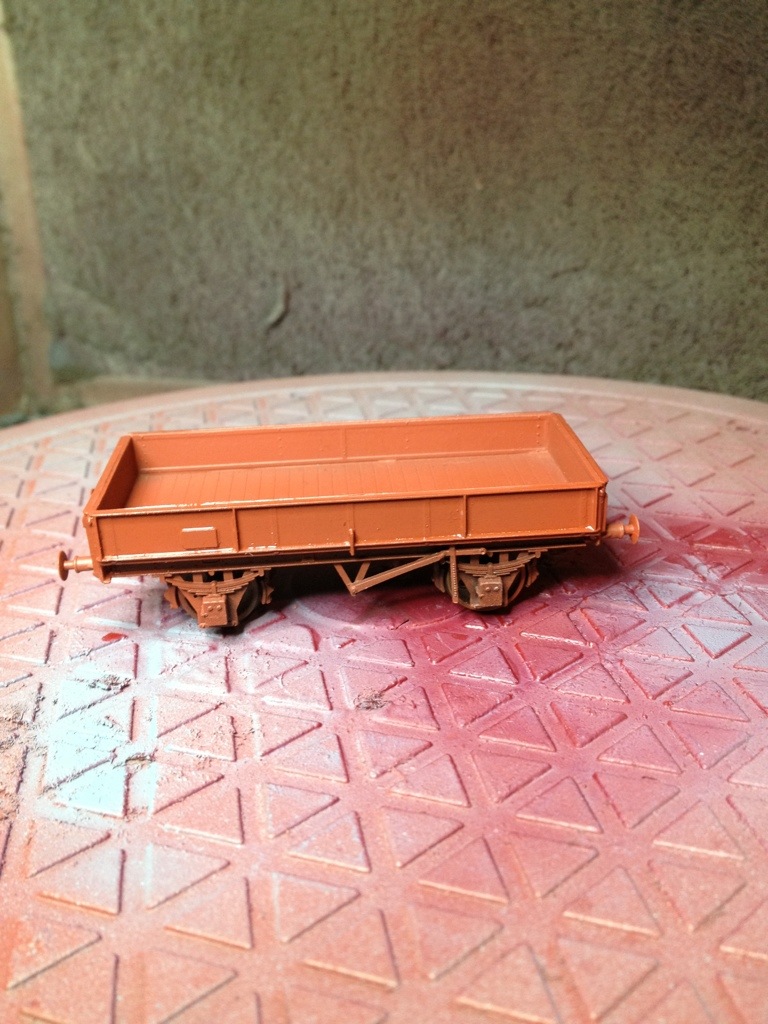 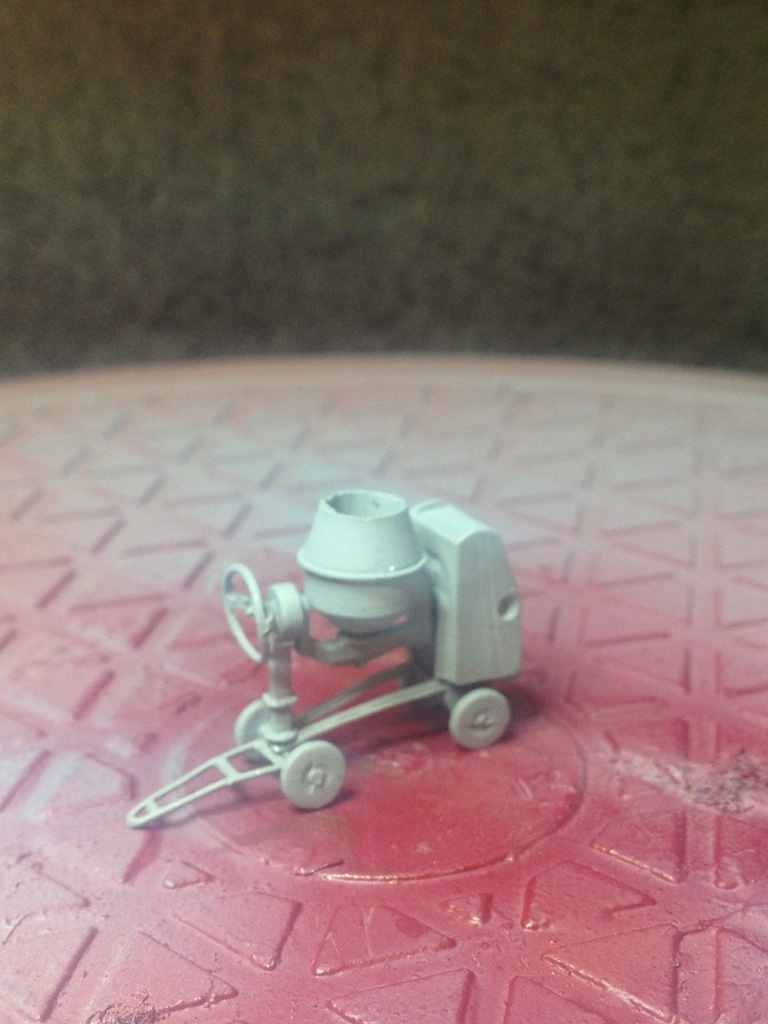 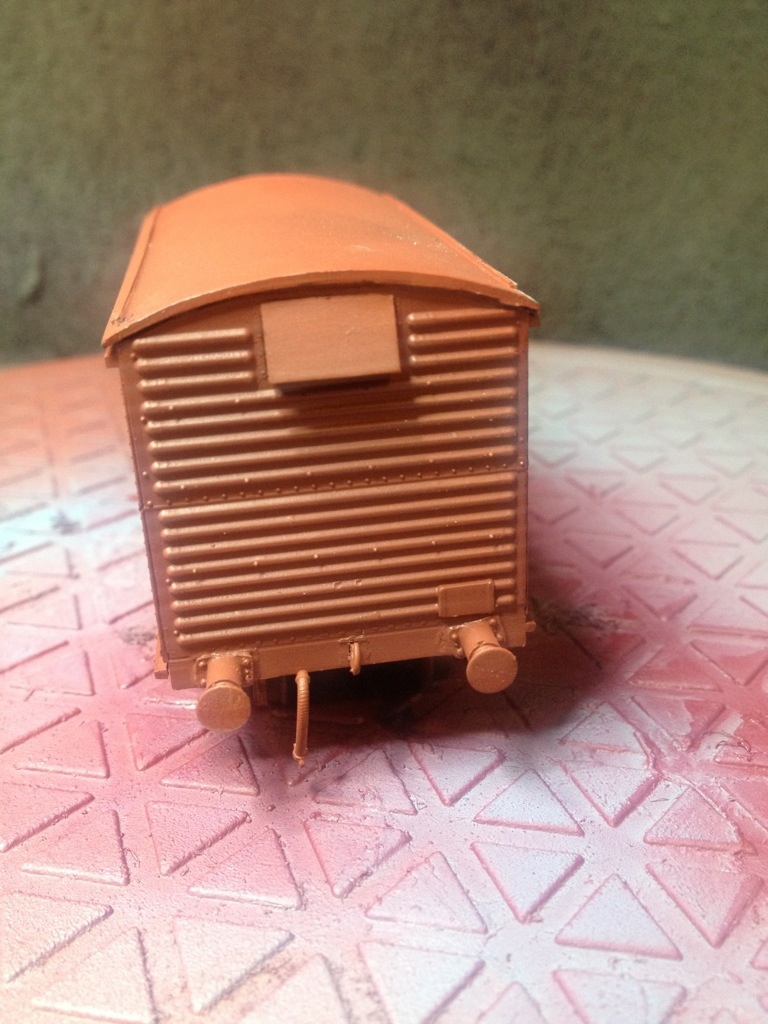 The loco is an old Bachmann Ivatt 2MT which used to belong to me until sold to Tom Foster of Leaman Road fame. It returned to me about three weeks ago and is undergoing some work on the finish to bring it to my latest standards.
The loco doesn’t really fit into my current scenario so may still have a future ID change. For now she remains a Darlington loco in the condition she would have appeared in during her Stainmore Route days in the early 1950s. She may ultimately receive a guise suitable for a Tweedmouth machine circa 1962.

5 responses to “Odds and Sods.”