I’ve had a very varied and interesting week for very many reasons. Last Sunday, I visited Expo EM north with Jamie, my regular accomplice in such expo ‘raids’!
Held in Manchester this year instead of the traditional recent venue at Slaithewaite, the show struck the right balance between size and friendliness. My phone/camera didn’t have the legs for the entire course, but I did manage to whang off a few shots of the superb Stainmore layout, a long term favourite railway of mine. I was able to acquire a host of very useful small parts for current projects and others planned for the immediate future. 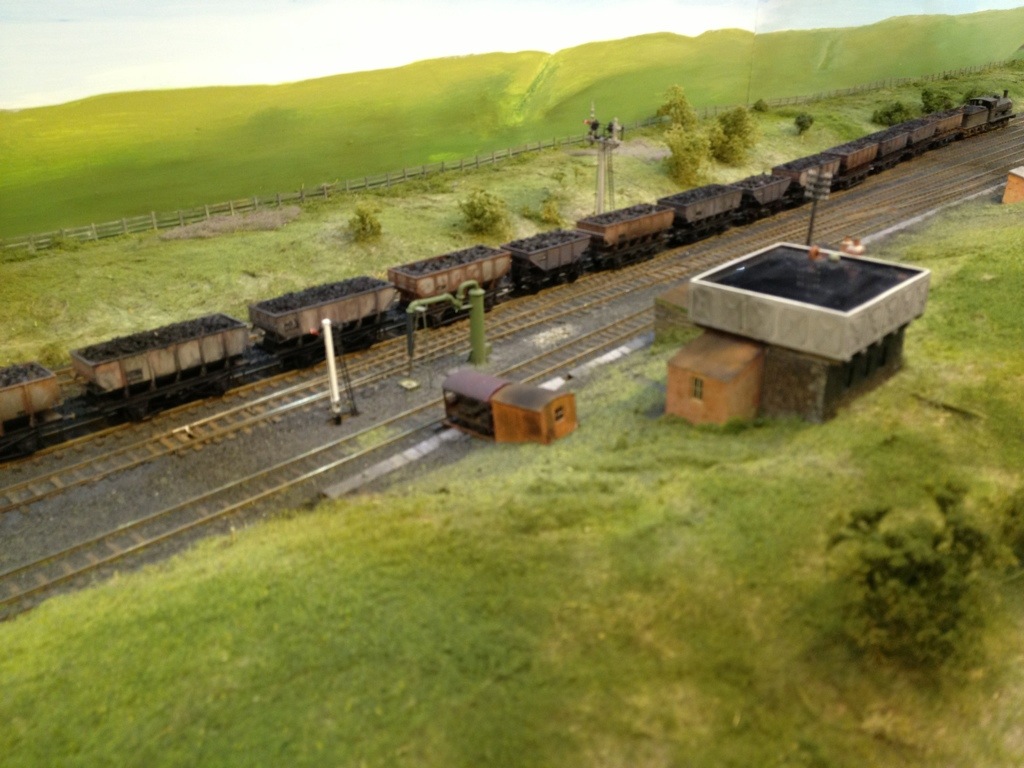 I’ve very recently returned to active cycling, in no small way due to the increased profile the sport has gained due to the current crop of riders from this island such as Chris Frome, Mark Cavendish and Bradley Wiggins. I was privileged to see a host of world class cyclists last Monday as Stage 2 of the Tour of Britain blasted off from Carlisle. The turnout to see the riders off was a real credit to the Border City and I was lucky enough to catch a grab shot of Wiggo as he passed the foot of the castle. I’m still not right up there with names and faces so some of you might recognise some of the other guys here!

Since Thursday I’ve been off for some leave and on Saturday I took a trip to Edinburgh where I spent an interesting afternoon on top of a slightly chilly Calton Hill with at least 20000 other Scots folk, pondering the future of our wee country.

In between all this gallivanting I’ve also been running amok with a paint brush as I start to get the house looking fit for sale next year but having spent all of yesterday and half of today on the job, I took the afternoon off and headed up to Whitrope to give myself and Abi a good walk since I wasn’t cycling today.
I’ve not been up for a bit and the volunteers have been busy laying e few extra panels from Bridge 200 to the lease limit at the head of the cutting.
It will be a while yet before the section can be used as ballasting is required and in any case no vehicle moves are permitted over Bridge 200 until a Transport and Works order is in place for the structure. 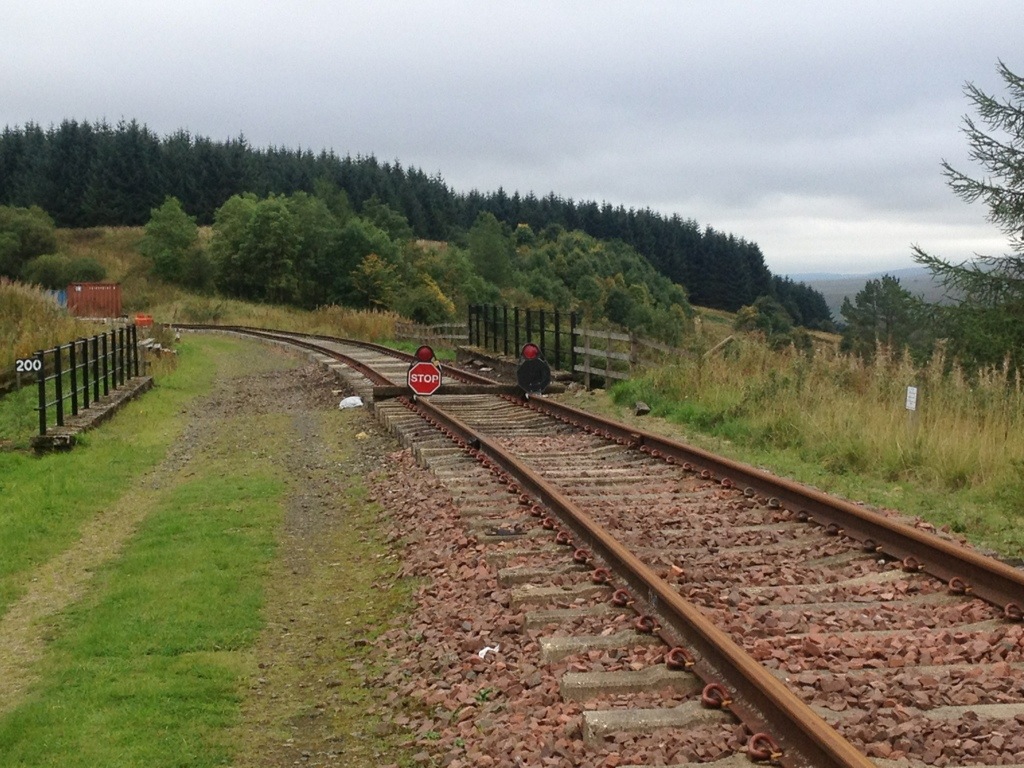 Physical change is coming to the Whitrope landscape too as the monoculture of Sitka is being harvested and the clearance returns the hills to the east to something resembling their ‘railway era’ profile. Unsightly for now but in a year or two when the lower vegetation has taken over it’ll look much better.
The change of seasons has manifested itself early in the roadside trees which are becoming quite spectacular in appearance 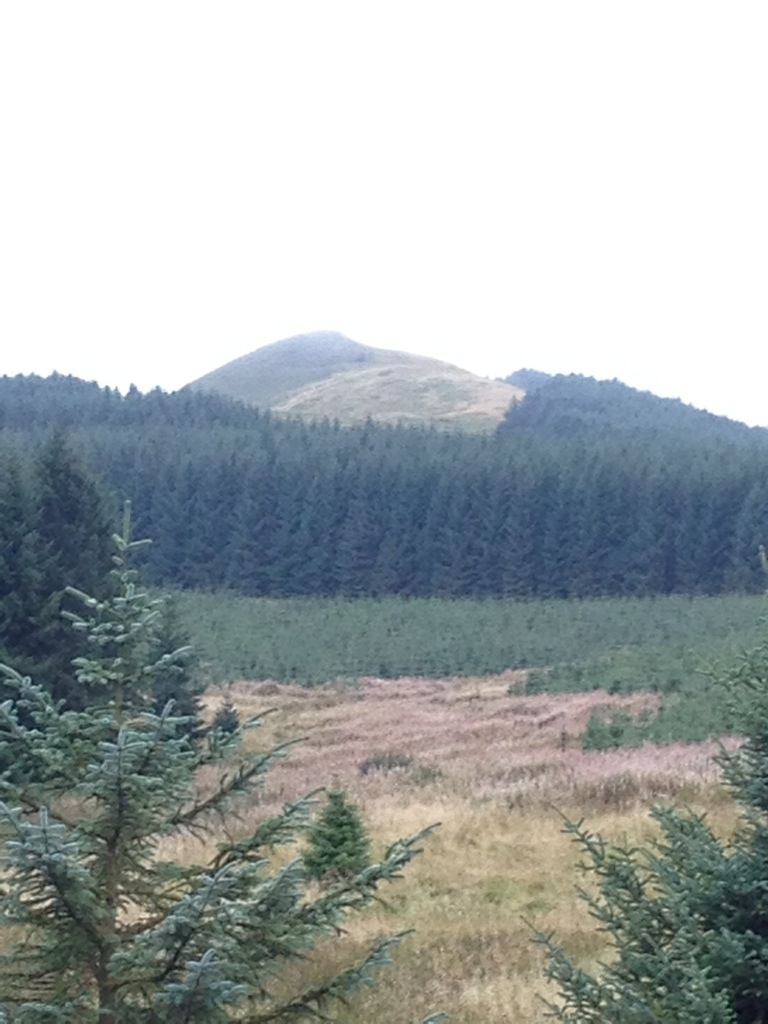 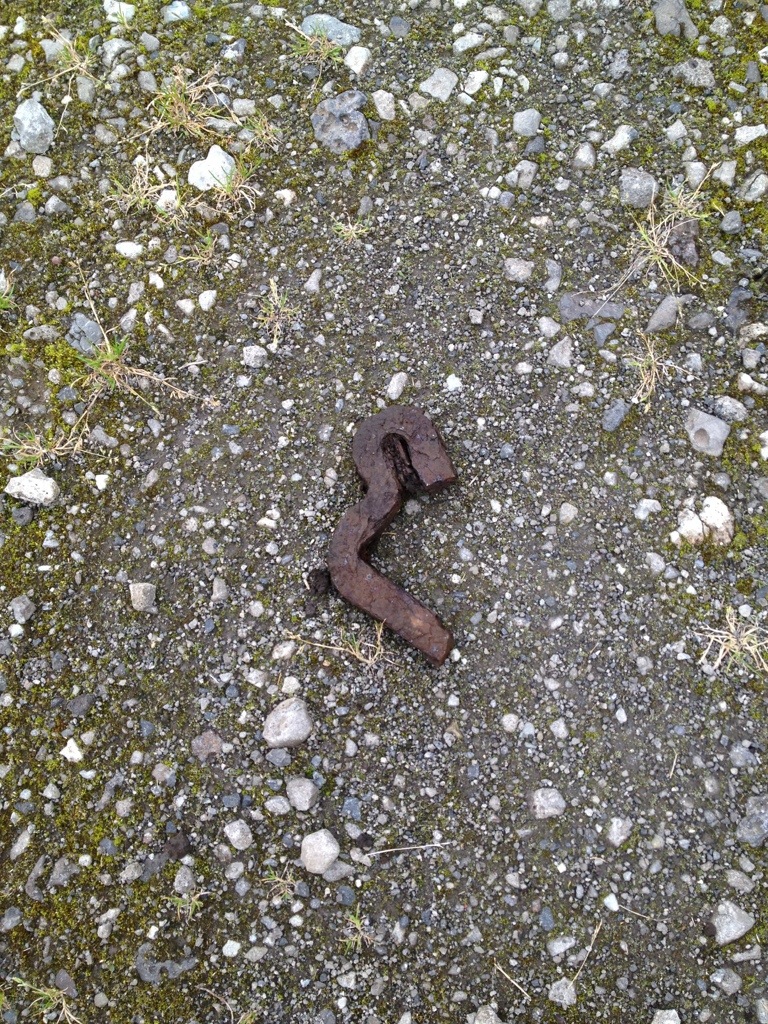 Having had a check around the site, Abi and I headed up the footpath over Sandy Edge, through which Whitrope Tunnel passes. I love the view from the top here with the S curve of the railway still clearly visible as it climbs through Shankendshiel to the north portal. What a sight it must have been on a clear winter’s day here fifty years ago, watching a southbound freight service slogging its way round the curve trailing a white wraith of condensing steam behind.
On the way back, at Shankendsheil, I
came across an old BR1 baseplate spike which had somehow escaped the vultures of 1971.
It’s got a new home now, though I’ve not really though what use it can fulfil.
Paperweight’s looking likely!
Well, after that packed programme, you’ll be wondering where the modelling projects are?
Don’t worry; there will be new stuff up in the next few days.
Be seeing you… 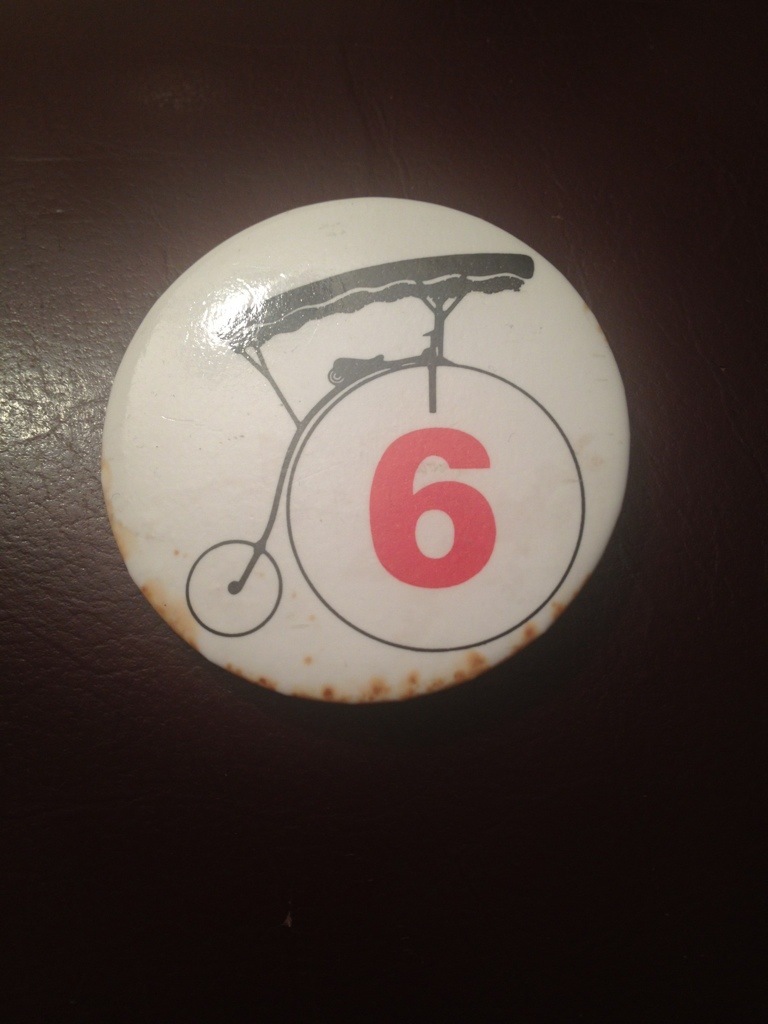