Since yesterday I’ve done a fair bit more to the 2P including the difficult task of getting the firebox mounted.
This also meant that I had to shim the smokebox saddle up by 1.75mm to maintain the correct pitch of the boiler. It was then I realised that I also had to somehow reproduce the channel in which the reversing lever is situated. In the end a very rudimentary process was used which involved scribing the boundary of the recess, using the splasher as a guide.
A series of holes were then drilled and opened out into a slot, being cleaned up by needle file.
A backing piece was then attached from inside, made from scrap. It’s a bit crude but when the reverser arm’s in place it shouldn’t be noticeable to any meaningful degree. 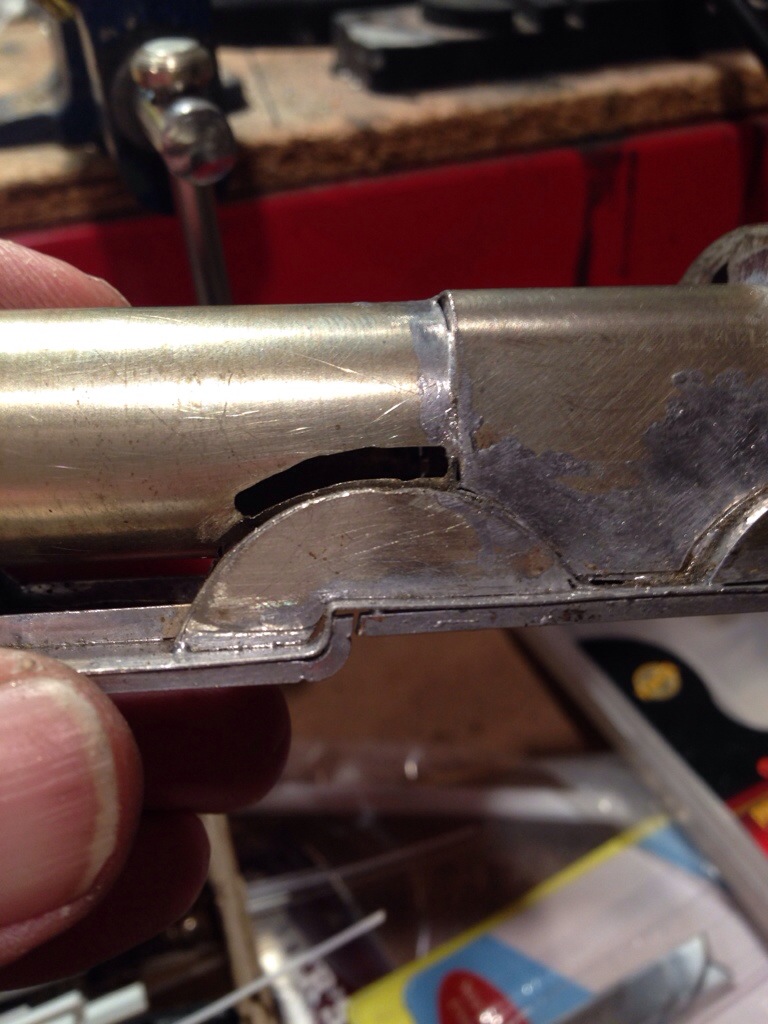 Having sorted all that out, I then tackled the buffer beam and attached the dome.
I’m still looking for a suitable chimney casting and this dome isn’t perfect so I may yet replace it. There’s no denying it, though, the model is beginning to look rather like its intended subject.> 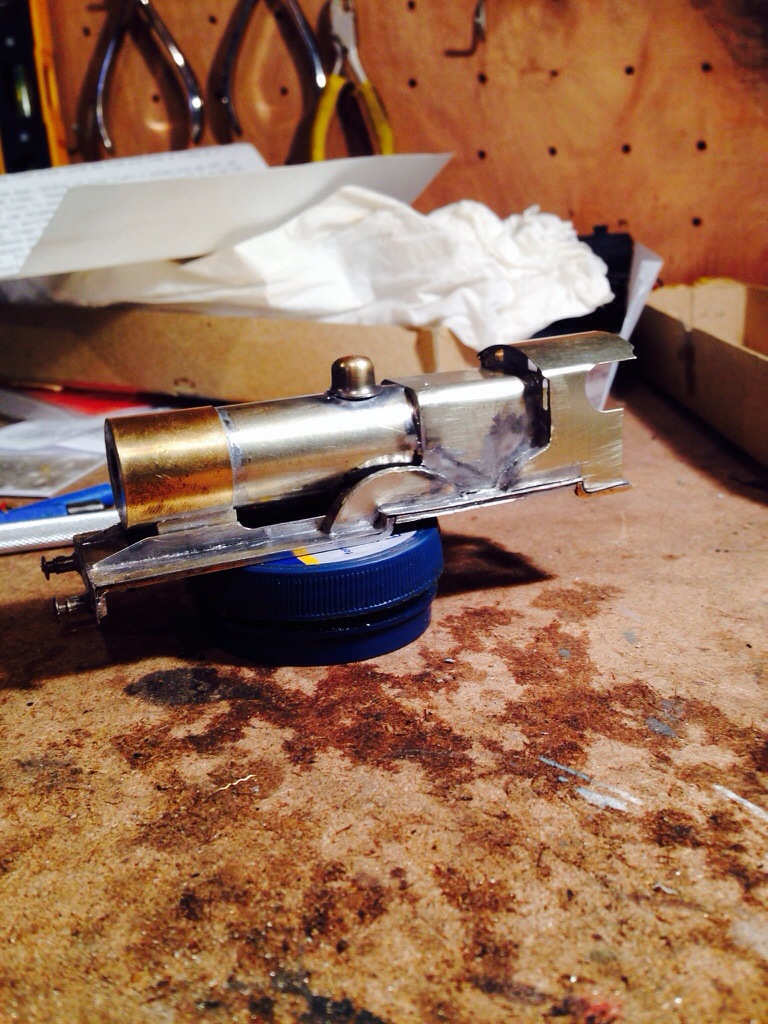