Last entry we had just completed one side of the cab assembly.
Since then I’ve completed this and offered it up to the footplate.
Tonight, I have been working on the side tanks. The thought of bending up the curve was mildly laxative but with a series of half etches to help, it turned out to be a reasonably easy task. I also got the opportunity to use my gravity-drop rivet tool for the first time, purchased at Expo EM North!
Worked nicely too.
Next task was to attach the tank ends.
The front piece was a single unit joining both sides.
The rear consisted of two pieces, each applied independently. One went on easily, the other had a mind of its own! I got there in the end though and finished tonight’s assembly work by attaching the tanks to the superstructure.
Soldering etched brass is still a learning curve for me and so far my soldering is a triumph of function over elegance; much like Jackie Baillie’s control pants.
I’m getting there though! 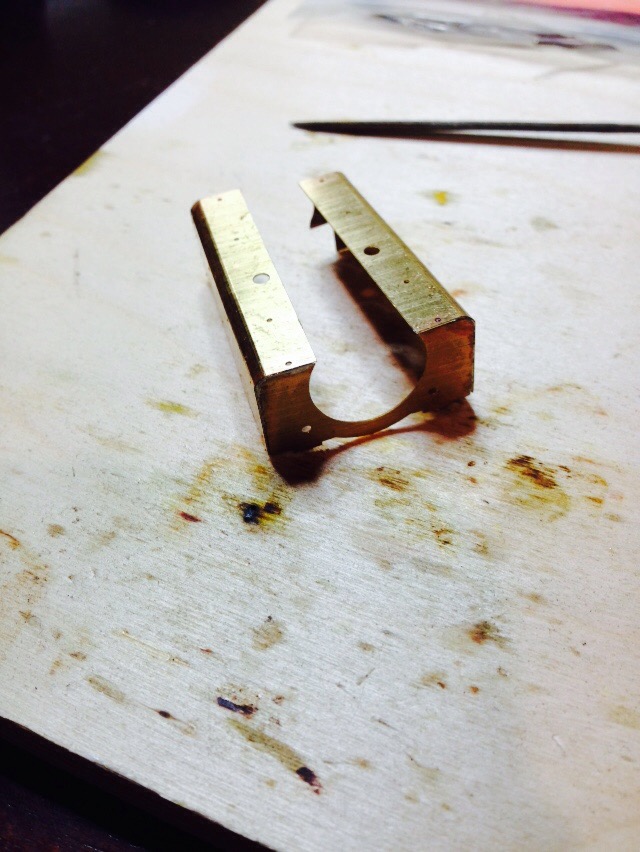