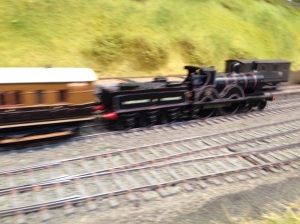 Today, I spent a good day with a good friend at Scalefour North.
Always one of the high points of my year, it was, as expected a high quality show with a host of lovely layouts and useful suppliers. Some useful etches for this year’s planned wagon production were acquired along with a set of Mike edge’s handy little etches, designed to convert Bachmann’s Ivatt 2MT 2-6-0 to the BR Standard version. These latter are a very, very ubiquitous feature of the 1960s’ ScR scene, being as they filled the boots of the Jumbos, 812s, J35s and assorted four-coupled types on the lighter end of the region’s operations. This kit and its host model are planned to assume the mantle of 78026 on ‘Beatles-era’ Culreoch.
Subsequent kits may portray Hawick’s 78047 and one of the Stainmore locos of the 1950s. 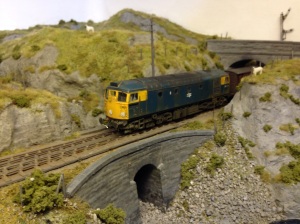 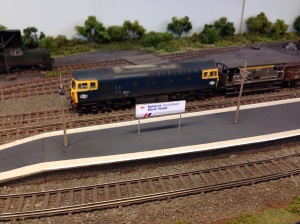 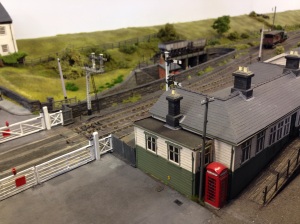 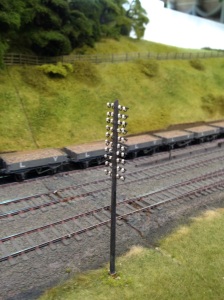 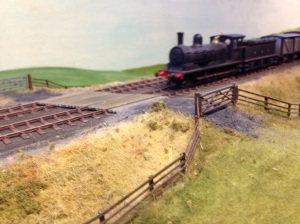 The above images show the host of lovely layouts on display. Not only my perennial favourites, Portchuillin and Blackgill, but also, among others, Danby, Eastwood, Kerrinhead and Elcot Road. The latter was the complete opposite of my normal modelling interests, being 1980s era Network SouthEast but it really caught my interest due to the way it managed to pack a station, yard and operational interest into two 4′ x 2′ boards without looking remotely crowded. As a layout, it was perfectly executed; it worked and looked absolutely right.
Being the owner of four similarly sized boards now, I am rapidly running out of excuses not to get started on a similar kind of project!
It was also good to meet up with a number of friendly faces at the show today, both friends and traders.
Anyway, bedtime beckons so I hope you enjoy the images from the show!