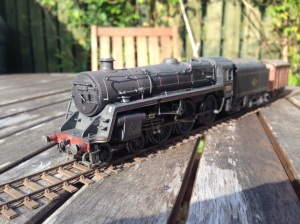 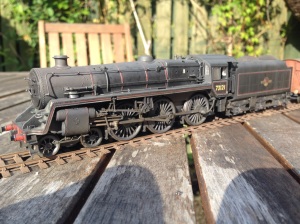 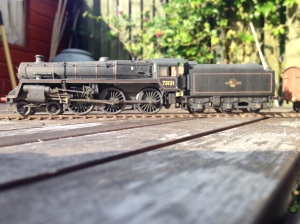 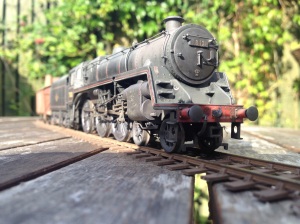 Two more high-specification finish locos have emerged from the kennel this week;
Firstly we have a Bachmann BR Standard 5MT, done as 73121, depicted as she would have appeared in 1965 a few weeks after her last overhaul and operating out of the former G&SWR shed at Corkerhill.
The second loco is an Ivatt 4MT mogul, again from Bachmann.
This time we have 43009, depicted in 1960s finish during her long period of service based at the erstwhile steel town of Workington.
She has an authentic ’12D’ shed code plate on the smokebox door and like 73121, has genuine Kingmoor coal in the tender.
I’m looking for £120 each for these locos but as I stated earlier, you’d pay at least £20 more for a lower spec finish from the high volume guys.
This is my wee niche and I intend to promote it! 🙂
Anyway, reply in comments or mail maxstafford 60093@gmail.com if any of these are of interest!