2015? Yep. Been there, done that!
As years go, it was a pretty eventful one, if not always for the right reasons! Like any year, it had it’s fair share of trials, not the least of which was being diagnosed with prostate cancer in April which although unwelcome didn’t truly come as a shock as my brother had been diagnosed with the same a year previously. He had been successfully treated for it and thanks to his insistence for which I will always remain truly grateful, I requested checks which ultimately detected my own. Fortunately like his, it was an early and localised form for which I had successful surgery. I’d recommend all guys over 45 to get checked for it. A simple blood test is all that is involved in the first instance and this will determine whether further investigation is required. I was in and out in three days thanks to the professionalism of the Freeman Hospital in Newcastle and after ten weeks I was back at work.

In between times I was able to get some decent modelling done and even made a few trips to heritage lines such as the Ravenglass and Eskdale, the South Tynedale and the Tanfield. 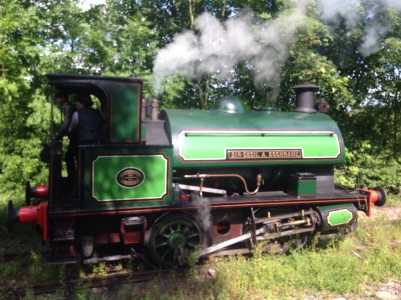 The Tanfield was a marvellous wee railway, full of industrial gems and an engine shed that took you back a century once you were inside! The yard outside with the unstarted projects is a treasure trove of industrial railway heritage too. If you’re in the North East of England any time I’d definitely recommend a visit.  Beware though; you risk developing a heavy interest in industrial railways! More of which later…

Financially, 2015 was a bit of a toughie due to a few issues with HMRC getting my tax codes wrong, being on the sick during that time, some car trouble and a hefty vets bill after Abi suffered a nasty wound from another dog on a Bank Holiday, resulting in a hefty vets’ bill.

Fortunately, I did get the tax issue sorted and a refund was ultimately received. This meant spending on the hobby was very limited this year though I did treat myself to a D16 and P2 from Hornby when the refund arrived!

Neither of these models has any true relevance to my normal ScR/NE strands of modelling but I do have a wee soft spot for East Anglian backwaters, which also explains the J15 in my collection (see below).

The P2 just happened to be available at an exceptionally good price and as I’m a sucker for a bit of Jazz-Era, Art Deco industrial design, I couldn’t resist in spite of the lack of subject relevance. At very least Cock O’ The North will look good in my new display case once it goes up.

Five years ago, I placed a pre-order with Rails of Sheffield for a pair of the Bachmann LMS Twins when they were announced. I promptly forgot about this order in the midst of all the changes in my circumstances during that time until the spring when I was updated. I had expressed an interest in the pair in circa 1955 configuration in the period when they had returned to the WCML from the Southern, but were still in black livery with small BR crests. Lack of interest from the Philistines of the wider modelling community ( 😉 ) knocked this variant on the head so I ended up taking up the offer of a generous discount on a 1948-51 configured pair. I may alter them to 1955 condition if I find the material changes can either be easily effected or ignored! That said, 10000 does look good here in her original 1947 LMS livery.

Through a bit of horse trading during the year, I was able to take charge of a trio of models more relevant to Scotland. The first of these was a Hornby K1 which will ultimately become one of the Fort William-based machines which would, I’m quite certain have appeared in the Glasgow area following works visits. Like everything else shown here, the K1 will be required to be converted to EM in due course. Good looking loco though.

Two more models arrived in the period from the Heljan stable and both are certainly very useful in the context of a small ScR layout. Firstly came the Park Royal railbus, portrayed very nicely by the guys from Denmark and seen from Dalmellington to Grangemouth to Aviemore during the 1960s.

Also good for a small layout is the Hunslet diesel mechanical shunter, widely known as Class 05. Again, modelled with finesse and capable of rather smooth running. It will no doubt make appearances on my Broomloan Yard layout, should the concept eventually take physical form!

Elsewhere on the modelling front, I was busy building loco kits and you can see these in earlier posts. Since I returned to work at the end of July, progress on these has stalled but will hopefully re-start soon.

One factor in this delay was the sudden spontaneous urge to tackle the High Level kit for the Barclay 18″ 0-6-0 tank loco that was in the kit pile. Not having built an etched kit before, this one was reassuringly straightforward to build and with the body near complete, work will soon commence on the chassis.

During the year I also attended Locomotion at Shildon to see a gathering of Deltic diesels. whereas in the hazy late ’70s summer days at Berwick, I might have seen a pair at once, I certainly hadn’t seen more than that so seeing four of the big buggers together including the 1955 DP1 prototype was quite something. To my mind in terms of sight and sound, Deltics always owed something to the aeroplane; my first encounter with one was initially triggered by my looking to the sky when I heard the approach of a still out of sight 55001 St Paddy back in 1977 at Spittal! 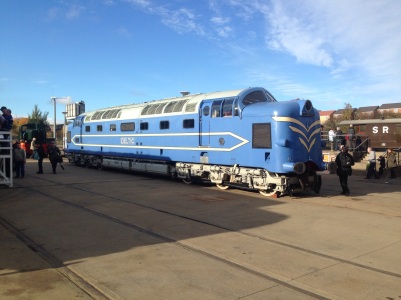 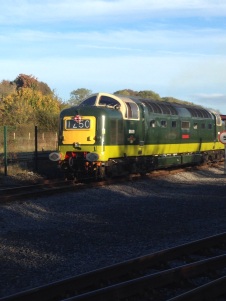 Another experience of 2015 was assisting my friend, Jon Hunt in exhibiting his recently acquired Holmfirth layout  at Solrail, Workington in November. Jon had taken the gig at short notice to help out the organisers as a layout had pulled out of the original line up. Since Jon had planned to return the guise of the layout to Lancashire & Yorkshire Railway days, he had barely started building up his stock fleet which meant running the layout for the show in BR era with a VERYmotley collection of locos and stock from my own collection. Thus on a West Riding based layout you could see an ex-Caley Jumbo and an ex-NER J27 running services. One of many lessons we took back from this show was that the future in EM modelling at least is having springing or compensation really transforms operation. The J27 was the only loco thus fitting and as it transpired our most reliable, earning herself the nickname ‘Old Faithful’ for her trouble free operation. At one point she was all that stood between us having no operational locos to run with – she’s a tribute to the chassis design skills of Pete Stanger of 52F Models to whom this blog wishes a speedy and complete recovery from recent health issues.

That then is the lion’s share of my 2015. My next post will hopefully hint at future plans.

As 2016 dawns I wish all my readers a healthy and happy new year. 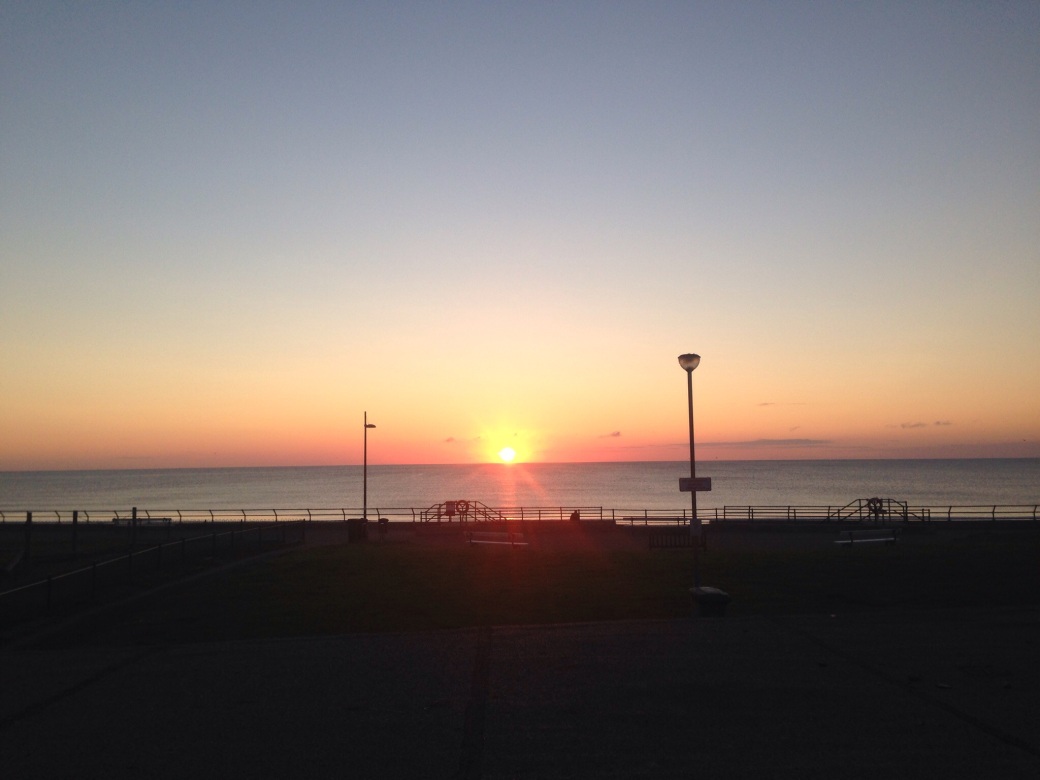 7 thoughts on “The year now departing…”