Good things come to he who waits… 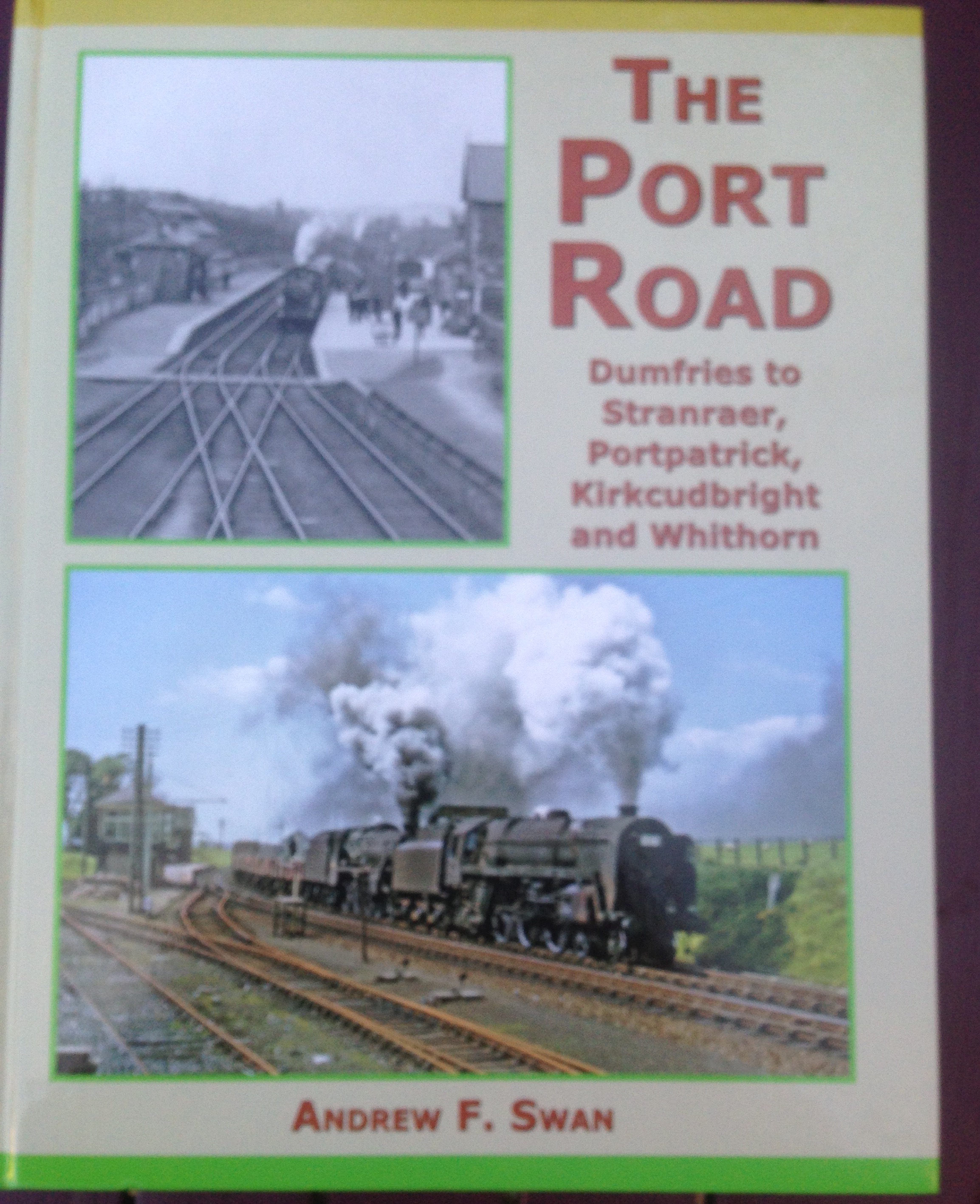 As previously mentioned I attended the Perth Model Railway Show today; arguably the best show in Scotland today and always worth the trip.

I had a particular reason for looking forward to this year’s show as a long-anticipated book had its premiere at the show.

‘The Port Road – Dumfries to Stranraer, Portpatrick, Kirkcudbright and Whithorn’ has been a title long in preparation as its author, Andy Swan will testify as the idea for this book first germinated over 20 years ago.

Coincidentally, this was around the period in 1996 when my interest in this Railway first flowered during a camping and walking trip with a mate which took in the section of the line from Gatehouse to Skerrow and New Galloway to Loch Ken.

This was the second week of a holiday which had also introduced me to the joys of the Waverley Route and also set in my mind the idea of a move within my then work to Carlisle.

In retrospect that holiday was actually a pivotal point in my life, leading directly to where I stand today but I digress; this piece is primarily about this book, a true Labour of love by its author, Andy Swan, like me a member of both the Caledonian and Glasgow and South Western Railway Associations. Both societies have actively supported the production of this book and if you wish to purchase a copy, I recommend you enquiry of either association and better still join them, then you will be entitled to a member discount and a CD of extra material, such was the depth of information uncovered by the extensive research.

The book, published by Lightmoor Press, already well established as the ‘go-to’ publisher of the CRA’s titles is beautifully presented and bound in the same highly attractive style as such titles as ‘Caledonian Railway Livery’ by Jim MacIntosh and ‘Branch Lines to Strathearn’ by John Young.

There is history, anecdote and travelogue within the pages and some of the most wonderful colour drawings along with a host of excellent photographs, the overwhelming majority of which this reader has never seen in print previously. 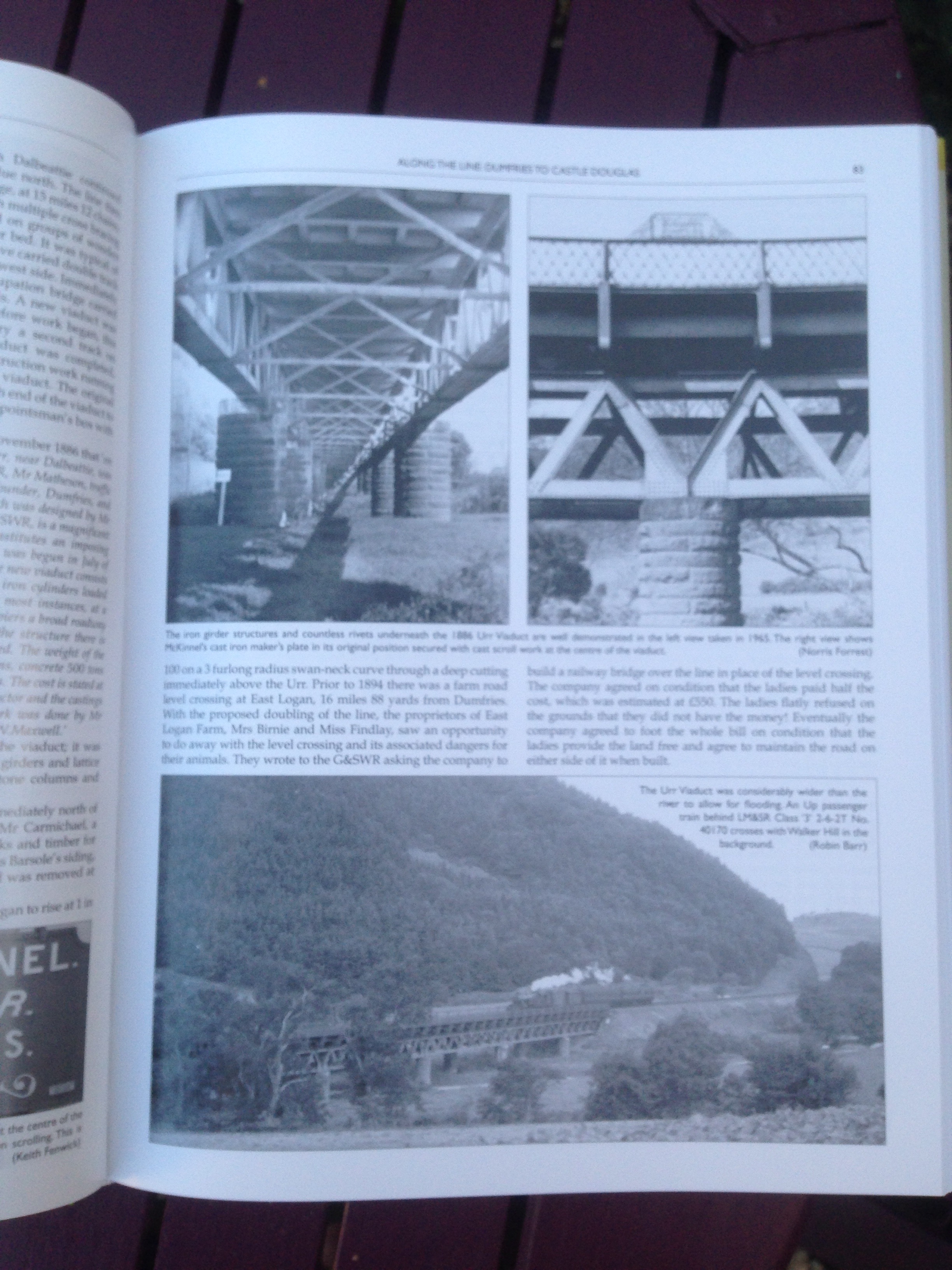 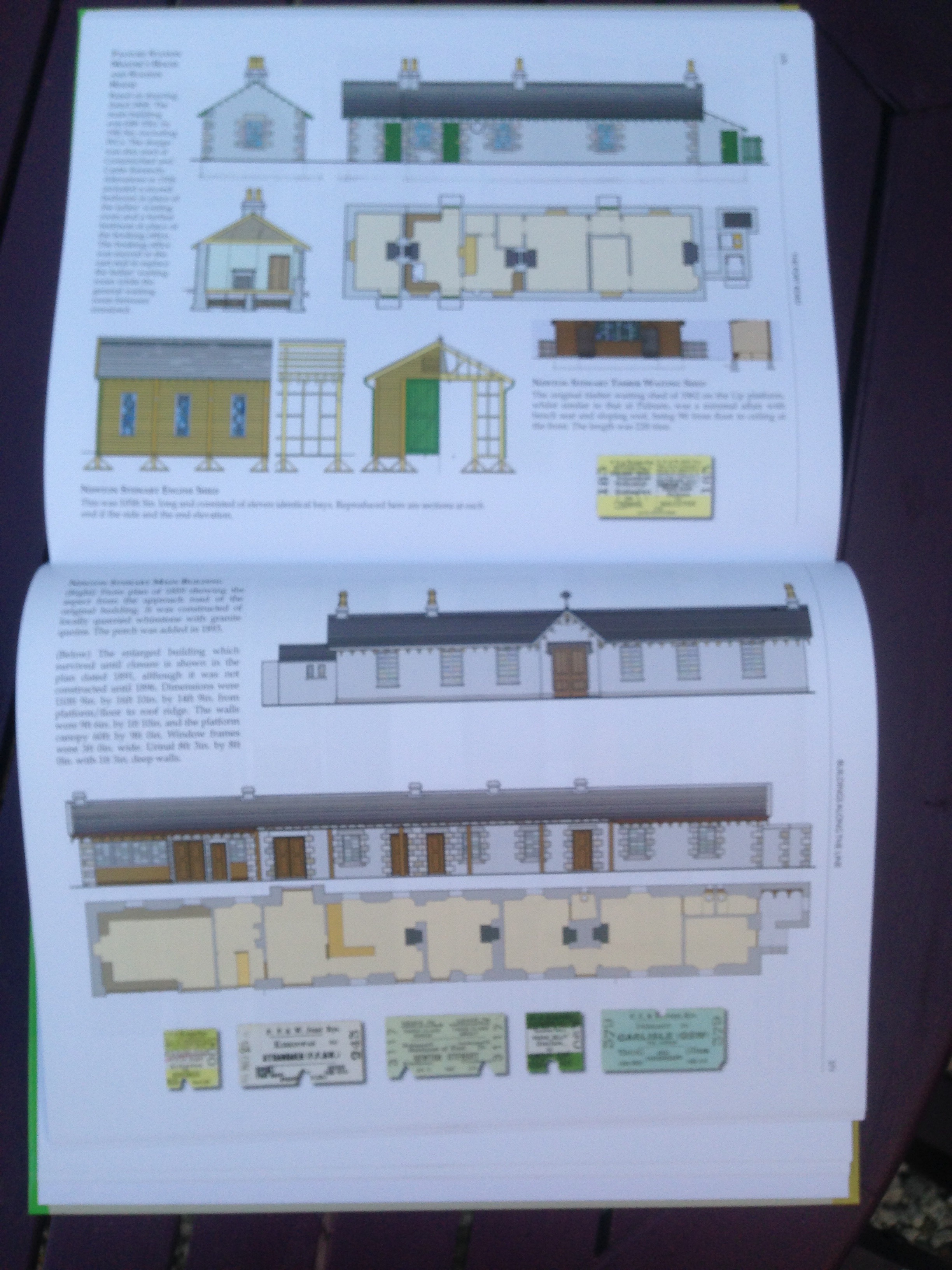 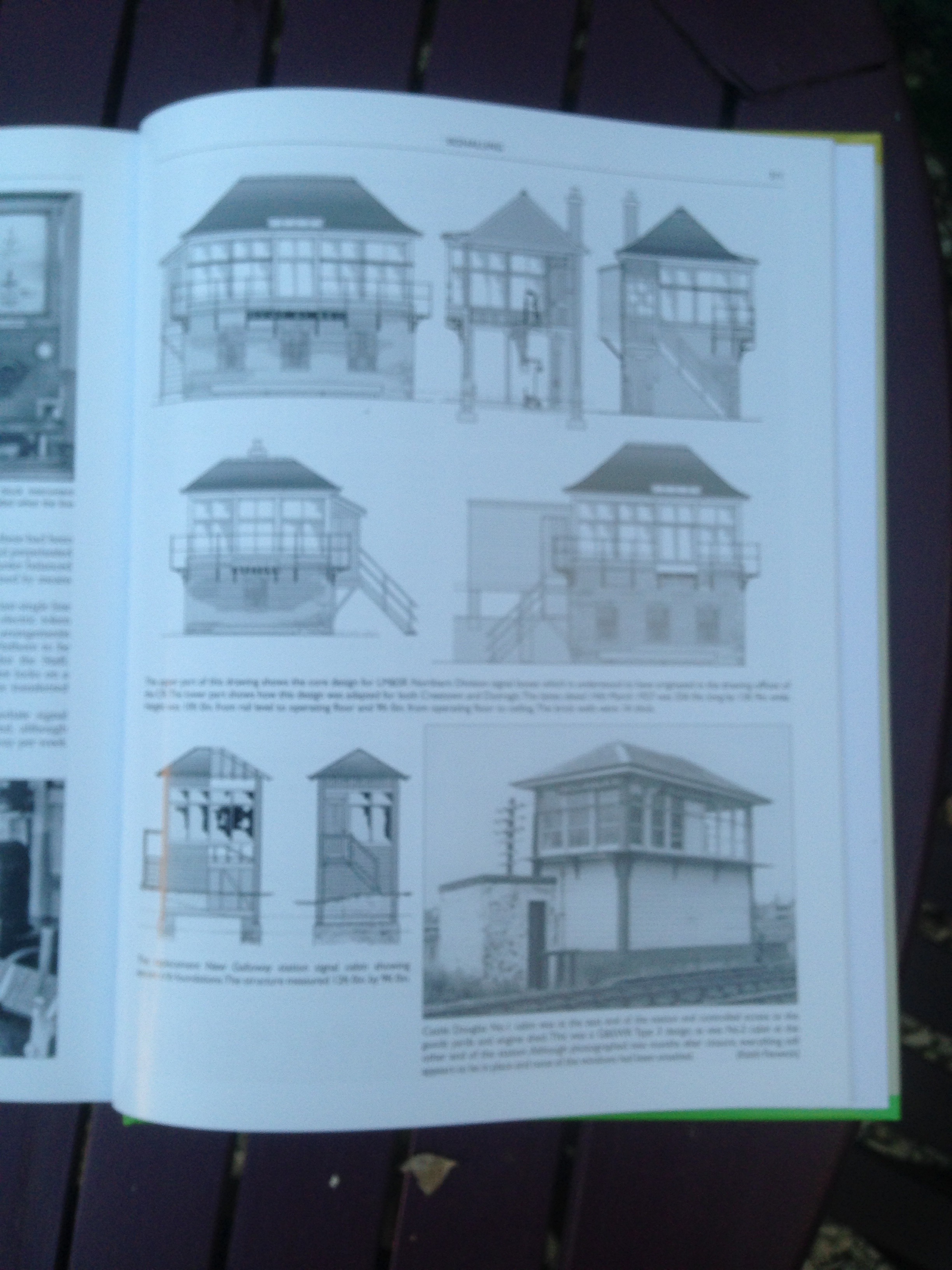 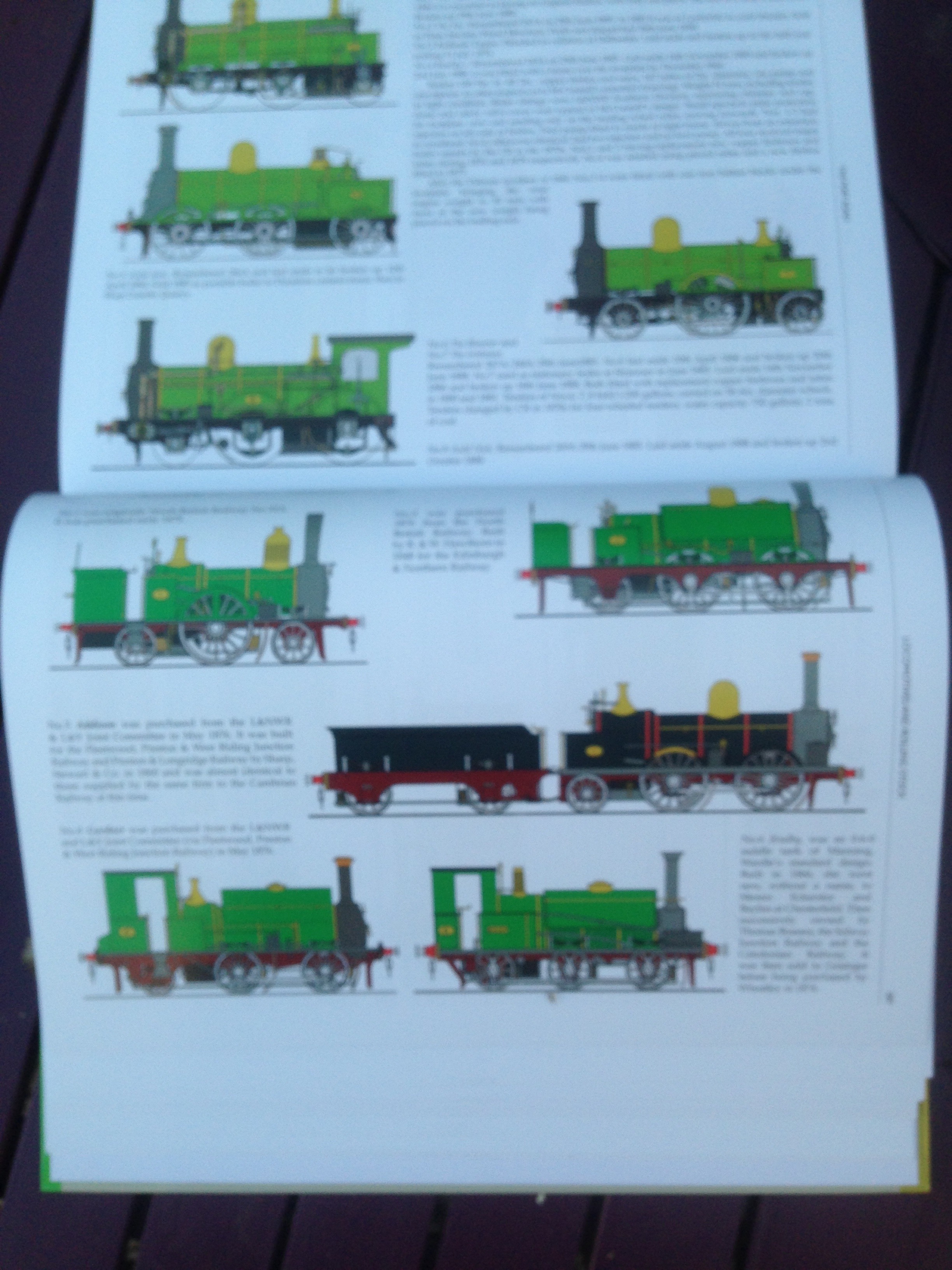 The above photos aren’t of the highest quality but I hope they give a little taster that will encourage you to support this title by purchasing, especially via the aforementioned societies.

There’s much information about operations, construction, background history and politics, the latter having had great influence in the development of the Railways in this part of Scotland due to its status as a gateway to Ireland.

A very interesting section also concerns the creation of Cairnryan Military Port, familiar today to travellers and countless wagon drivers as the point of arrival/departure for the Irish ferries and fast Catamarans. 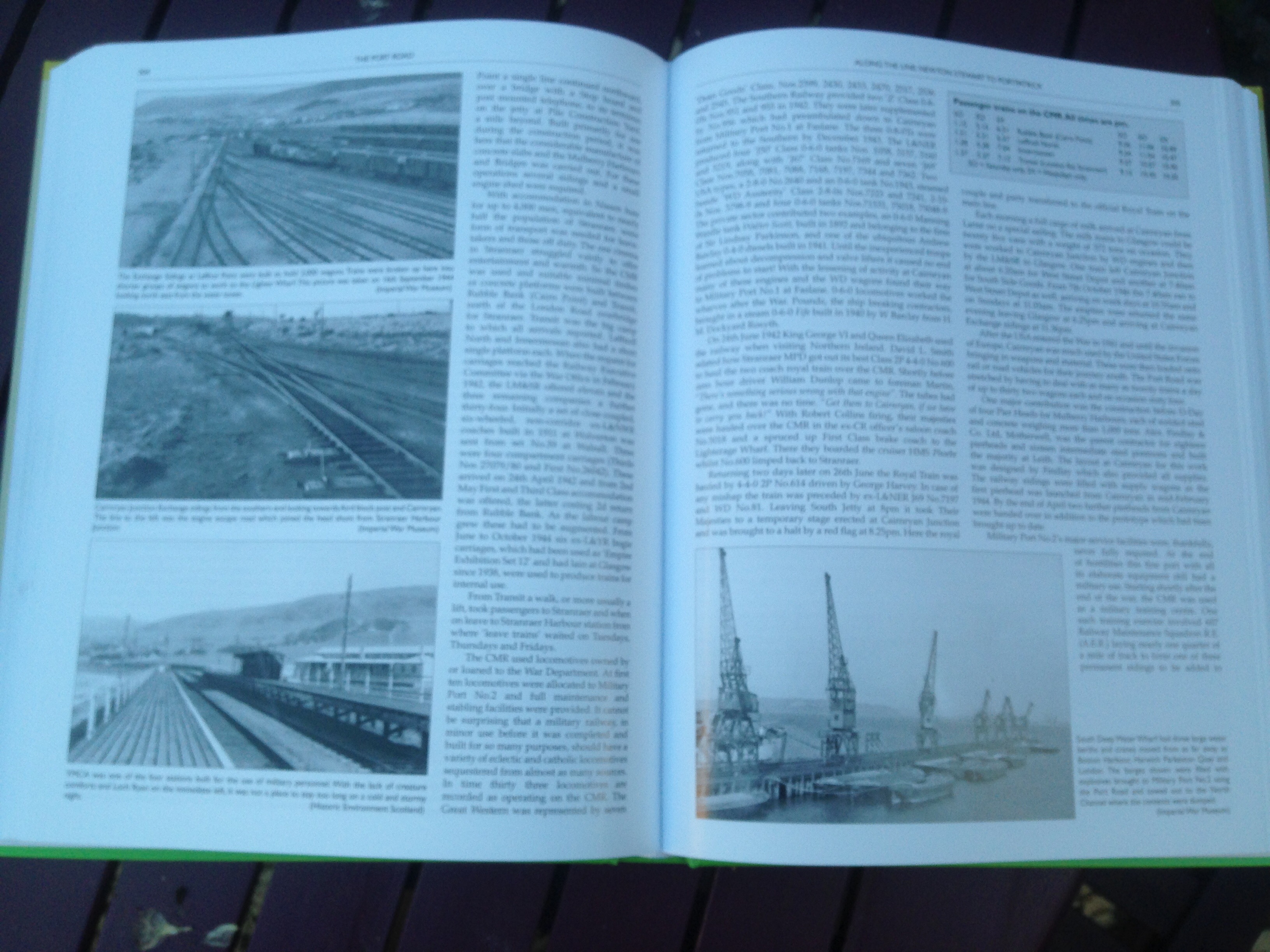 This can’t be considered a true review of the book since I’ve only read chapter one and two so far, but a brief inspection of the title confirms to my mind that it will be generally regarded as the definitive work on its subject and it deserves also to be considered Andy’s personal magnum opus; he’s certainly put a Herculean effort into its creation.

Please follow my site links for the above two associations and consider supporting them by becoming a member; their custodianship of the memory of these two great Scottish railway companies deserves continued support.

One response to “Good things come to he who waits…”