Building up steam with Diesels… 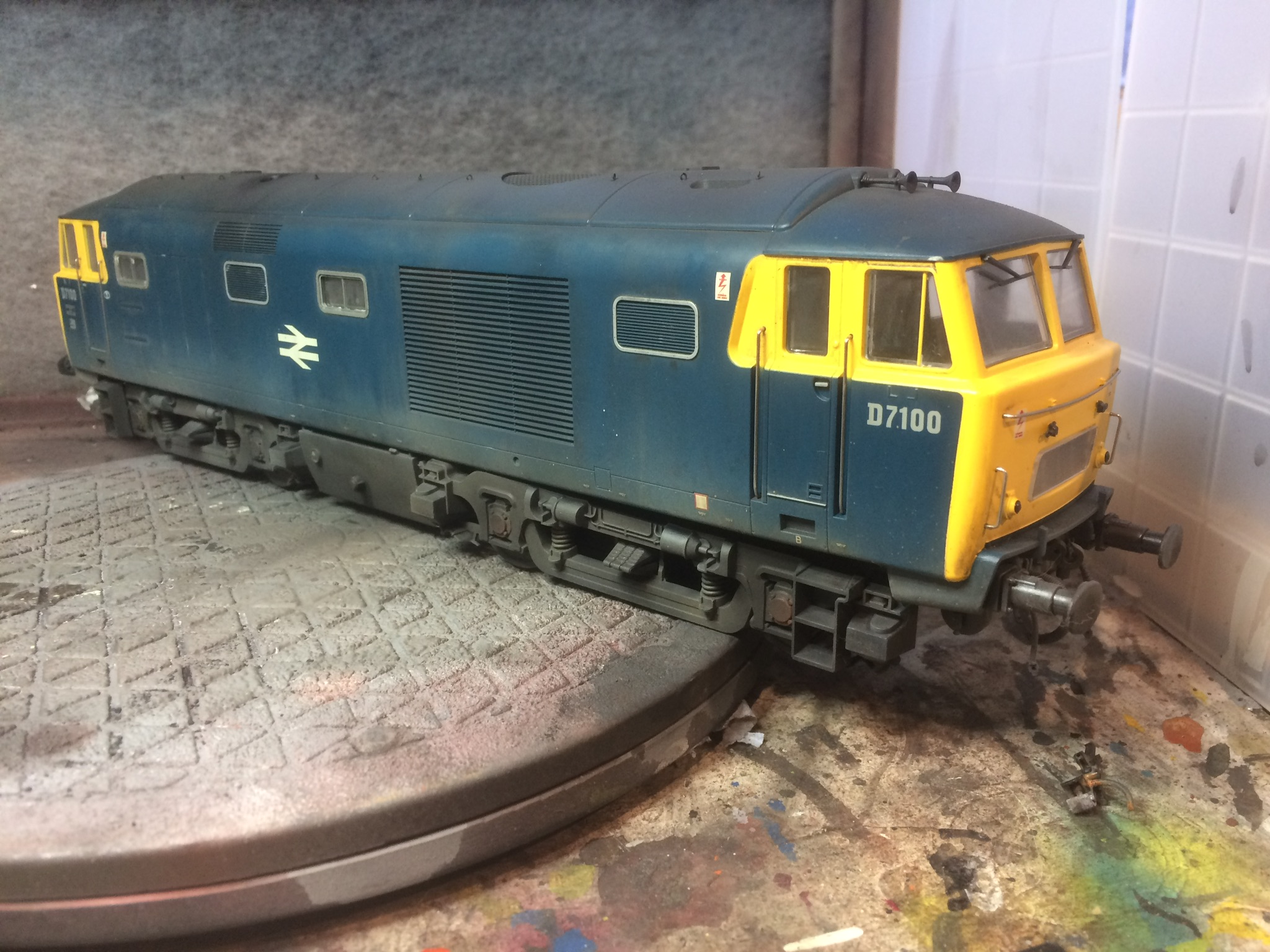 February beckons. For me that means that the difficult part of winter has been ploughed through successfully and as the days stretch out,  the sun appears as it  did today and I start to emerge from hibernation mode.

February sees the annual Model Rail exhibition in Glasgow and is invariably a weekend where I get back to my home city, even for a day and catch up with old friends in familiar territory.

Meantime, when I’ve not been at work over the last week or so I’ve been getting into my modelling again and when it’s not been cold, I’ve had a little dabble with the airbrush and weathering materials out in the kennel.

I’ve been gathering up the stacks of half done projects that have been building up over the last few years and making an honest effort to clear them now the psychological barrier of gauge conversion is no longer the issue it was.

The header image is of a Heljan Hymek in O gauge currently in its finishing stages with only the metallics to add.

The model still requires cab door glazing as I bought the Shawplan pack intended for the steel door version; this loco has wooden doors which have the smaller window.

Below that is a Heljan Class 27, portrayed as an Eastfield machine from 1965.

This model still requires the flexicoil bogie springs cut from the bogie moulding and re-mounted slightly inboard. This makes a surprising difference to the appearance of the model.

Once I have done this, hopefully on Wednesday, this and the 08 will receive a final light spraying of dust and the metallic treatment.

Both the models are therefore  works in progress and once completed you’ll see them here, hopefully under natural daylight. With luck, that’ll be over the next week.

Again, not wholly complete at this time, but displaying a heavily weathered finish, circa 1987.

As I said already. I’ll show them in more detail in a subsequent post when I’ll also share my current thoughts on the EM situation.

Modelling diesel power is probably less Adrenalin inducing than the activities shown in the video for toniggt’s Top Tune! 😊

2 responses to “Building up steam with Diesels…”